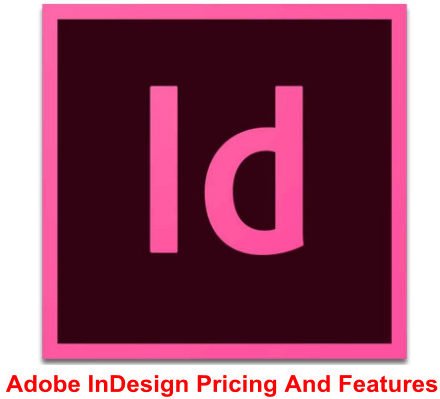 Have you been looking for the Adobe InDesign price, features and updates? Then this post covers everything.

What is Adobe InDesign used For?

Adobe InDesign is one of the numerous Adobe system software. Its functionality is tailored towards designing of pages and all varieties of graphics. Many professional graphic designers consider it as a handy software for pre-flighting and publishing of digital layouts for the media. The Adobe InDesign has other uses in desktop publishing. When it comes to replicating your imaginations, the best bet is Adobe InDesign. Various shapes and models of Stationery, posters, books, brochures, professional layouts, magazines are some of the major media items that require the use of Adobe InDesign.

Adobe InDesign is easy to use. The files it outputs are PDFs. The software provides a bridge that enhances collaboration between writers and editors. This linkage enables jobs to be completed on schedule.

Adobe InDesign has a creative cloud integration which is very helpful for users of the software. Easy sharing of texts, graphics and colours go a long way in bolstering teamwork. Design jobs can be created with ease as users can collaborate with other professionals, they can share ideas and this will improve the all-around standard of their output. 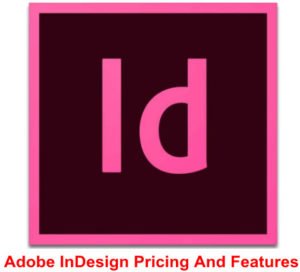 Indeed all graphics design companies need this software. The ePubs, eBooks and all digital magazines created can be exported and imported without stress. You need to also know that most of the eBooks, PDFs embedded with slideshows, animations or videos are fixed via the Adobe InDesign software.

Another conspicuous feature of this unique software is that it provides the platform for slideshows and animations to be created. They can as well be incorporated into documents.

The layouts provided by this amazing tool are very professional in outlooks. The Adobe InDesign is available for both Windows and Mac users. The creative cloud library feature is also available for use by users of both operating systems.

Adobe InDesign is very helpful when it comes to the handling of PDF files. PDFs can be exported with ease and the exported PDFs can be reused easily. The software allows tags to be embedded on the file prior to exportation. The tags will allow the PDF file to be viewed and edited effectively and fully on various screens, monitors and devices. Stories, key headlines and significant figures can be tagged for easy usage.

The visually impaired people are also beneficiaries of this software as it also has the screen-reading feature which reads aloud the contents of the file. Another important feature of this software is that it gives room for creation and incorporation of alternative texts to objects, footnotes, endnotes, anchored texts and all hyperlink related notes.  Also, a multiplicity of objects can be edited simultaneously. The eyedropper tool is another important feature available in the latest version of this software. Sizes and positioning of a specific object can be applied to other objects in the document with the aid of the eyedropper tool.

Now, so many people have been asking us about the Adobe InDesign price in UK, Canada, Australia and other countries. Let’s take a look at that for a moment.

In terms of pricing, Adobe InDesign provides the best pocket-friendly packages. Users can purchase it either as a single software for individuals or for business teams. 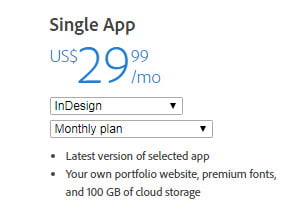