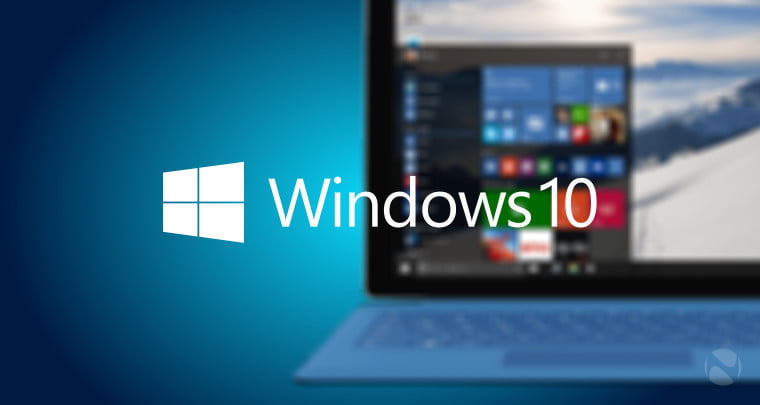 The Advantages of Windows 10 are many when you compare it to Windows 7 and 8. This post will show you 10 ways Windows 10 is more than just an improvement of the older versions of the Windows operating systems. This could help you make up your mind to upgrade to Windows 10 now that it still free.

We shall discuss them in the following sequence starting from the enhanced support for authentication, Windows store apps better design, support of many virtual desktops, etc.

Read on to see the big advantages of Windows 10 over Windows 7 and 8 as they unfold.

In the new windows 10 interfaces, first among the advantages of Windows 10, is the enhanced support for authentication which was not well designed in the two older versions.

In Windows 8, the normal way for authentication was ordinary. All you had to do was to put in your Pin code or Password.

Windows 10, created a new approach. Windows 10 raises the bar if I may say so. It provides for two factors bio-metric authentication. Windows Hello, which applies two-factor bio-metric to recognize your face and authenticate you.

Also, in Windows 10, you can log in automatically using intelligent cameras features. To use this option to login, start the Camera and let it observe you for a few minutes to capture your face, that is all.

The next time you wish to log in to the computer, it will automatically do it for you. If you share the computer with members of your family, the system will recognize all of them and log them in anytime they want to use it.

Also, the Computer will take them to where they left off the last time they used the system. This is awesome if you ask me. But it is a shame that it may not work in all personal computers for on reason or another.

Two disadvantages of Windows 8 was in the design of its application, and the absence of the start menu.

In Windows 10, these two flaws were corrected. These improvements are some of the advantages of Windows 10. For instance, when you opened the Windows 8 apps, it fills up the entire screen and covers the taskbar taking all the space.

This creates a gap in the flow of information that causes you to scroll endlessly. Windows 10 fixed this problem by putting the Windows App store, in its Desktop Window. This change enables you to use the apps and work without those annoying endless scrolling with your mouse in Windows 8.

Another feature they improved, is the Charms bar which was changed to a proper Menu bar. Those changes came with the Universal Windows applications which created a natural look and feel and ease of use.

I love these improvements and I know you will too.

3. Able to Support Many Virtual Desktops

In Windows 8, the Windows desktop was an ordinary interface with nothing unique to boast of.

Virtual desktops will give you relief if you do not have many monitors but wish to use different desktops for one thing or another. For example, you can use one virtual monitor for productive work, the next one for Social media shares and another one purely for entertaining music or games.

The fun part is that managing each virtual desktop is unbelievably easy. All you need to do is use an application in the Windows Task View which you reach by an Icon on the Task Bar on your Desktop.

The provision of a better interface for different devices, adds to advantages of Windows 10 over Windows 7 and 8.

In Windows 8, Microsoft made one interface for both tablets and personal computers even though these devices were different. This led to some problems when you use the operating system in tablets.

Windows 10 fixed this error by creating a different interface for tablet and personal computers. As a result of this separation, you can now use these devices better than before.

With Windows Universal apps, Windows 10 Smartphones can now work as if they are Windows 10 personal computers when you connect it to external monitors. Just know that it doesn’t matter what kind of device you are using, Windows 10 can accommodate them all.

Live tile start menu in Windows 10 is part of the advantages of Windows 10 when you compare it to the older versions of the operating systems.

Like I said the introduction of tile Start Menu, is a huge difference from the start menus in the older operating systems. This one comes with both live tiles and windows store apps.

The start menu is not what you used to know, because they now resemble dashboards. Also, you have the option of not using the live tiles, if you prefer to use the old startup method with shortcuts placed at the desktop for launching any system software you want.

Anyway, you look at it, the new start menu is a breath of fresh air don’t you agree? I know you do.

6. Effortless Merging of Metro in Windows 10

The effortless merging of “Metro” in Windows 10 adds to the list of advantages of Windows 10 when you compare it with Windows 7 and 8.

The ugly Charms Bars which disturbed free movement to Metro have been removed.  You can now use Metro from the Desktop without any hindrances.

In Windows 8, the Desktop was hard to use when you open any file. But in Microsoft Windows 10, it is easy to use any file you want due to improvements in the Windows Store app and the Start menu we talked about earlier.

The use of advanced Technology for games, adds to the growing list of advantages of Windows 10 over 7 and 8 operating systems. If you are looking for a good computer processing unit (CPU) capability, rugged strength and speed when you play games, DirectX 12 is the application to beat.

Microsoft says Direct12X gives you frame rates higher than 50% when you run the application, yet saves power when playing games.

Improved action centre to track notifications increases the advantages of Windows 10 against that of Windows 7 and 8 which were not well developed.

However, the action centre app in Windows 8 was manageable. It used a pop-up notification that appeared on top right side of your monitor to notify you of any new email or messages.

But, the problem was that this message would disappear just as it came except you go to the individual applications (e.g. Gmail App) to check them up on the live tiles or your Start screen.

In Windows 10, the new Action Center solved the problem of emails that disappear by creating a new way of getting notifications. Now, notifications arrive on the right side of your Task Bar and stay there permanently until you check or remove them.

There are improvements in all kinds of tools in the Windows 10 operating system which gives the user value for their money.

Microsoft is using the improved features of Windows 10  Operating system to persuade many users who were unhappy with the Windows 7 and 8 operating systems.

Microsoft tried to entice mobile and personal computer users with the ability to push four windows that were formerly open to any four sides of their monitors.

Also, it added ways you can easily increase or reduce the display of your desktop.

Cortana virtual assistant is definitely part of the advantages of windows 10 over older versions of the Windows operating system.

Before Windows 10, you could use the Search tool in Windows 8.1 but it was not ineffective. You cannot do a quick search for information on your desktop without using software belonging to other vendors. Easy search facility was also missing in Windows 7.

However, Windows 10 changed that when it introduced a virtual assistant called Cortana. The only snag was that you must give Microsoft some of your personal information for Cortana to work properly.

Another problem is that it works smoothly in Windows Phone,  but losses some of its functionalities in Personal desktop computers. Despite these problems, using Cortana is great.

How does it work?

You can activate Cortana by using voice and typing your instructions to it. For instance, you can command it to get your news or pictures from the web and it will deliver them as instructed.

Hence, we can say that Cortana is a modern automation tool. It can give you an update of your day in quick briefs. It also curates news and interesting events and provides them for you when you want them.

Surely, from this article, you have seen the advantages of Windows 10 over Windows 7 and 8. Please note that each new operating system tried to correct problems or bugs they found in the older versions.

Finally, if you are still using older versions of Windows operating systems like Windows 7 or 8, take action today. Upgrade to Windows 10 while it still free to do so.

Don’t forget to send me your feedback, so that we can continue this conversation.