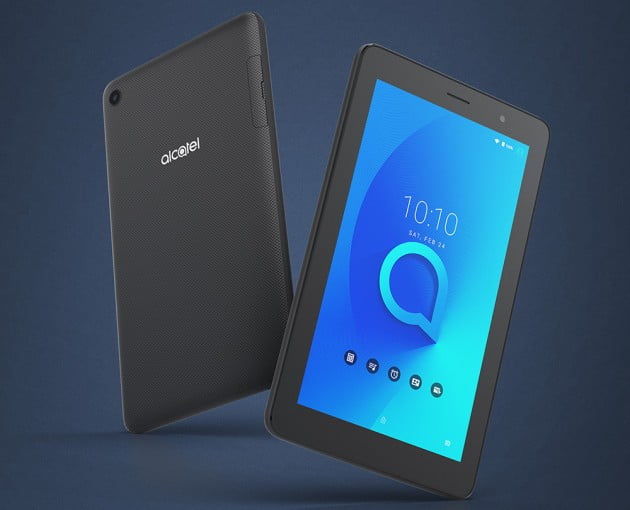 Alcatel 1T 7 Tablet is one of the cheapest tablets out there. This Tab has a screen size of 7.0 Inches making so easy to carry around as it’s not too heavy nor too big to hold and carry.

The rear camera of this tablet is 5 Megapixels which may not sound great but considering the price it’s still good for not everyone like to takes shots on their tablet. The selfie camera is 2-megapixels still better than none. The inbuilt storage on this tablet is 8GB with supports for micro memory card up to 64GB.

The Android 8.0 Oreo on this Table is another good feature on this Tablet. This means you don’t have to worry about an update for a long time as long as your phone is still running with the Quad-Core 1.3GHz and a MediaTek MT8321 chipset. This Tablet has a RAM of 1GB which will boost some of its performance while the non-removable battery of 2,580 mAh promises to keep the Tablet active for 430 hours of standby time.