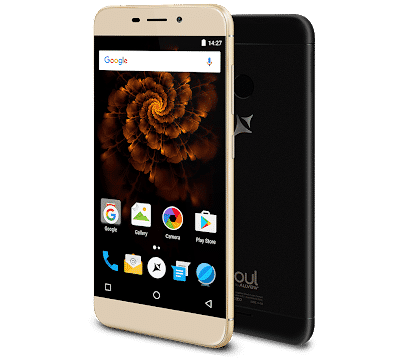 Allview X4 Soul Mini is a smartphone from a French base OEM with a budget price, good camera, and a beautiful body design. You will also get a fingerprint scanner and 4G LTE network on this phone. 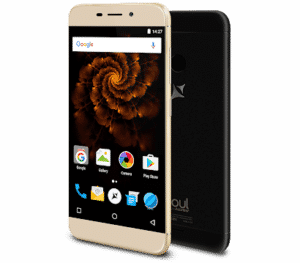 The Allview X4 Soul Mini is made of metal and plastic mix on the body that looks so well polish with a screen size of 5.0 inches and a resolution of 1280 X 720 pixels display with a 294 PPI pixel density. The front of the phone houses on-screen touch button and the side is bezels with a dragon tail glass on the screen protecting it from scratch.

The camera is mostly where the strength of this phone comes from as it has 13-Megapixels on the rear with an LED flash and on the front, it has an impressive snapper of 8-Megapixels for a selfie. The Allview X4 Soul Mini comes with an inbuilt storage of 16GB that is expandable up to 128GB of micro SD card.

On the battery, it has 2, 500mAh nonremovable Li-Po battery which may sound too small to keep the phone on. But actually this juicer will Last longer and it comes with a quick charge. This smartphone has an operating system of Android 7.0 Nougat software with the processor of Quad-core MediaTek MT,6737 and 2GB of RAM.
There is a bigger model that comes with a 3GB of RAM and the overall performance will be average.

Read more: 17 Most Popular Mobile Phones And Their Prices

You can play games comfortably but it might slow a little bit when playing 3D games. There is a fingerprint sensor on the back for security and it has 4G data support plus Bluetooth and WiFi.

The Allview X4 Soul Mini will start selling at a price of 70,000 Naira to 80,000 Naira depending on your location in the country.