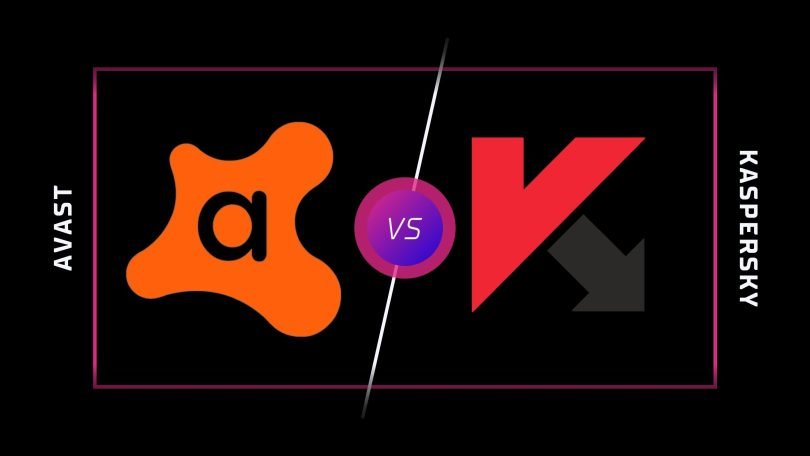 It is not hyperbolic to say that great loss will be incurred if there is massive virus attack on the computer. As a result of the technological advancement, most people now ha e their life data and information saved on their computers and on the internet. Malicious attack and lost of this information is always on the trail as millions of new malware’s are created daily.

Regaining and restoring your system after a virus attack is a very daunting task.
Hence, it is very Paramount for every computer system to have a powerful and efficient antivirus software.

Most of the heavy computer users don’t use their computers if their antiviruses are not ready or up-to-date. This underlines the importance of these system protection tools.

There are various antivirus softwares available, but not all of them are trendy enough to meet up with the ever complicating task of snuffing out malicious files and viruses. Two of the most powerful antivirus softwares are Avast and Kaspersky. These two are very popular and widely known. They are rated among the top 10 best system protection softwares.

Many users are usually on the crossed on which of the two softwares is better.
Come to think of it, it is very pertinent to know which of them offers a better shield, detection of virus and better system performance.
To answer this big question, we shall focus this write up on a detailed comparison between Avast and Kaspersky antiviruses. They shall be compared on the following headlines – Features, protection, Pricing, system performance, etc.

Protection and performance: Kaspersky vs Avast

Kaspersky is very powerful and proactive. All the kaspersky suites – Basic antivirus, internet security as well as the total security packages are very efficient in system protection.

The same AV-TEST with the same determinants were carried out on a system with Avast. Results show that Avast has a 99.90% efficiency in blocking zero-day viruses but 99.99% in blocking known threats.
Winner: Kaspersky is clearly the winner in this aspect since it offers better protection against zero-day threats than Avast.

Kaspersky is composed of a large collection of internet system protection features such as safe-surfing and the two-way firewall protection. Kaspersky also has the social media management tools for protecting and safeguarding the users on social media such as Facebook, twitter shielding them against account hacking and hijacking. This package also offers the online banking mode, the geo-filter for location for sensing unsafe locations and threats. In addition to the aforementioned, Kaspersky internet system is embedded with the parental control feature for monitoring and regulating the different user profiles.

Results of the AV-TEST shows that Avast does not offer an all round protection against zero-day threats especially on the internet. Avast has many security features that shields the computer against threats. They work based on digital signatures but are lagging as regards internet protection and identity data protection. Avast users are likely to experience delay when surfing the internet with their browsers even if the latest version of the software is installed.

Winner: Kaspersky. Kaspersky is armed with enormous system and internet protection features that are carefully packaged to offer round-the-clock protection against malwares.

The effectiveness of any antivirus software can be measured via the different ranges of packages available. In this section, we shall compare the pricing as well as the security suites available in the softwares.

Kaspersky has 3 major packages – The Basic antivirus, the Internet security and the Total security suites.
Kaspersky basic antivirus is designed purely for windows users. Users have to pay $39.99 yearly inorder to enjoy the various security features available in this tool.
This suite is made to work in only one device.
The Kaspersky internet security works on both mac and windows and a single subscription covers for both systems. It woks in up to 3 devices. Subscription fee for one year is $59.99. The kaspersky internet security suite has many important features that offers swift protection against zero-day and known malwares.

The total security package provides system security for virtually all operating systems. It offers a total protection against viruses in both mobile and desktop devices. It is embedded with many security features and yearly subscription cost is $79.99.

Avast also has 3 security plans – The Avast pro Antivirus, the Avast internet security and the Avast premier.
The Avast Pro Antivirus is the basic antivirus system. It offers massive protection against offline and online viruses. The cost of subscribing for this package is $39.99 yearly.
The Avast internet security suite is specialized in snuffing out online threats from websites, emails, DNS, etc. Yearly subscription of this package is $49.99.
The premium version of Avast offers a stronger opposition to malwares and viruses. The Avast premium is packaged to work on multi-devices and operating systems. The cost of subscription for this suite is $69.99 per year.

Winner: Avast. Affordability and competitiveness are very important for any product. Avast offers similar system security services as Kaspersky, but it does that at a lower price.

Winner: Avast. Avast has more users and subscribers than Kaspersky.

Final Verdict: Avast vs Kaspersky, Which is better?

The two softwares – Avast and Kaspersky are generally regarded as excellent antivirus softwares, but they differ in terms of efficiency. Based on our review and analytics, Kaspersky seems to offer a more roundy system security services with several features but at a higher price relative to Avast. Kaspersky is more flexible and can be used on several platforms hence it offers a more rounded system protection. Juxtaposing the two softwares, it is safe to say that Kaspersky is a better option than Avast.