The Avast vs Norton product comparison. The number of new malware is increasing daily and it is very pertinent for users to ensure that their computer system is well protected against these threats. Aside from safeguarding the computer, it is also very paramount to safeguard your activities on the internet to avoid online fraud and data theft.

Malicious files are very detrimental. They can cause various Forms of damage to the computer. in our previous post on how to prevent a website from getting hacked, we mentioned how important data can be stolen and corrupted for ransom and this might also cause your computer to be malfunctioning.

Both Norton and Avast are powerful antivirus software. They are both very popular and they have many varieties of suites and packages.

It is very obvious that Avast and Norton are one of the top antivirus software. Most people are usually perplexed with which one to use. They are also confused on which one is the best.

This article will highlight the comparison between Avast vs Norton antivirus. It will offer you an overview of the various features that are available in Norton and Avast antivirus software. We shall also contrast how the two software stack up against each other in terms of cost, protection, system requirements and others.

Both Avast and Norton are very proactive in the detection of malware. They both make use of the heuristic monitoring functionality to check for behavioural trends in computer files. With this, they as able to detect malware via the signature-match detection. They checkmate files in huge files of malware’s database. Both Avast antivirus software and Norton are very efficient in returning positives.

Considering protection tests by AV-Test and AV-Comparatives, the two antivirus software is found to be effective in blocking both known and unknown threats

Results of recent AV-Test tests indicate that both Avast and Norton antivirus programs are perfect fits for stopping malware. They both blocked 100% of malware attacks when tested on 350 samples of zero-day threats and 15,000 samples of known malware. Another test on 202 unknown samples in January 2018 indicates that Avast blocks 99.0% of zero-day malware while Norton blocks 100%. As for known malware, they both recorded perfect results when tested on 8,500 samples. The two tests were carried out on Windows 10 computers.
In addition to this, both software were given 6/6 star ratings by security experts.

How do the two software fare on AV-Comparatives’ tests?

AV-Comparatives is more of a real-world protection test. It again affirmed the two software as two antivirus software. Which of them performed better?
Avast received an award of excellent – “Advanced+”. Avast earned this for scoring a whopping 99.6 on protection test on malware. Also, it scored 11 for wrongly blocking clean files. This is a relatively low but excellent result.
Norton scored 99.7 for protection against known threats but garnered 25 for blocking clean files. This earned Norton an ” Advanced ” award.

Subsequent tests show that Avast was still excellent in blocking malware. It also has a minimal rate of blocking clean files – 10% on the average. Avast is consistently awarded “Advanced+”.

Norton on the other hand depreciates. Though it is excellent in blocking malware; but the rate at which it blocks clean files is alarming – 67% on the average. Norton is averagely slapped with ” Tested” status.

Between Avast vs Norton, Which is better?

In summary, Avast has been rated by AV-test and AV-comparatives as better software as regards system protection. 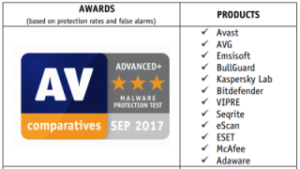 Avast vs Norton: User experience comparison.
The user interface of Avast is Catchy and modern, it is just a little complicated. It has the vertical menu containing status, protection, privacy, and performance tabs. The interface is dark. 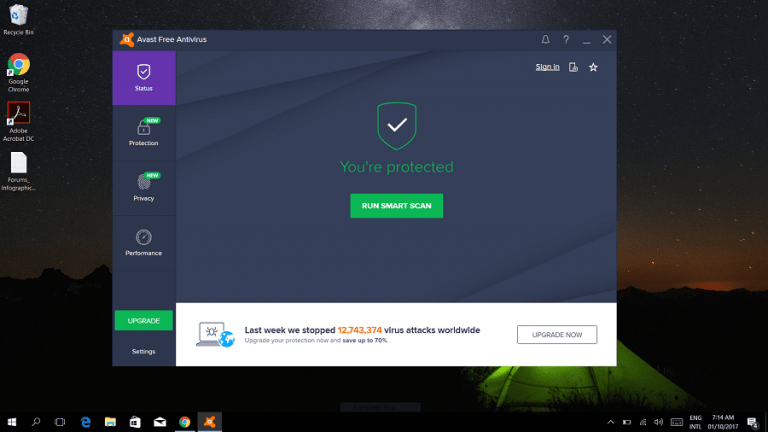 A green status depicts that the all is well. It shows the protection status of the system. Red colour indicates that all is not well. The user interface of Avast is simplified. The other three tabs have submenus with associated features. When compared to Norton, the user interface e of Avast can be adjudged to be a little complicated. The interface e of Norton is bright and clean, unlike Avast. 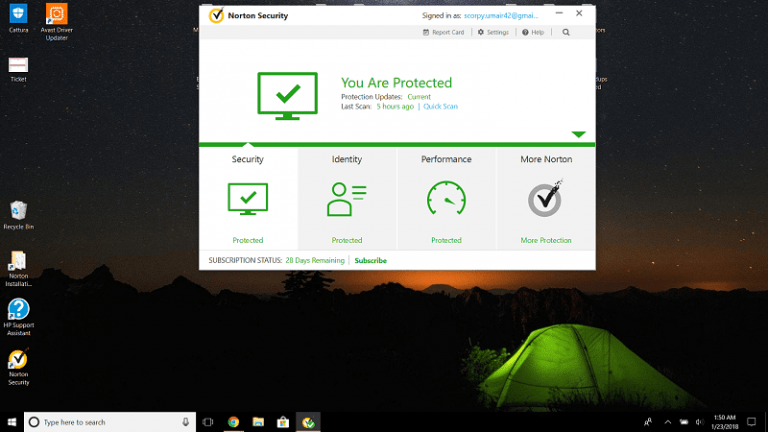 If everything is fine with the system then “you are protected” will be seen on the system screen. Else, a red button will be seen.
The four available tabs area ib horizontal arrangement. They are security, identity, performance and Norton more. There are several other sun menu features under the top tabs. On the whole, Norton offers a cleaner and more simplified user experience.

Norton vs Avast: Cost comparison between Avast and Norton.

Of the two products, Avast has free versions and they have much of the functionalities that can be found in the paid versions.

Two of the Avast suites are free – Avast security and the free Avast antivirus while Norton suites are all paid versions. All Avast suites can occupy single devices but Norton deluxe and Norton premium can carry 5 and 10 devices respectively.

On the whole, users can avail their selves of the free Avast versions to protect their systems.

Notwithstanding the high cost of the premium Avast versions, it can be adjudged to be more cost-effective than Norton.

Both Avast and Norton are very popular, but which of them is more popular?

Some of the Avast users are AVG users since Avast is in collaboration with AVG. This notwithstanding, Avast still stands tall in terms of popularity.

Recent market share reports by OPSWAT shows that Avast is market leaders in the Antivirus market. They occupy a whopping 19% market share. They are top of the list as regards the market share while Norton did not make it to the top 10. 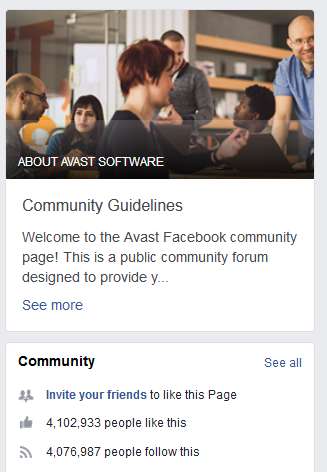 It is quite glaring that Avast not only occupies a larger market share but it is also more popular than Norton. This might be attributed to the free versions suites offered by Avast.

The security and privacy of the computer should be given ample focus. Parts of the life of most people are stored in the computers. Hence, the protection and security of the system is a sine qua non.

We recommend both Avast and Norton. They are excellent in safeguarding the computers and PC files against malware. If your budget is low, then we advise that you go for Avast. If you are looking for software that will offer you massive security for new and unknown threats, then we recommend Norton. On the whole, Avast stands tall as regards Cost, security, protection and reliability.