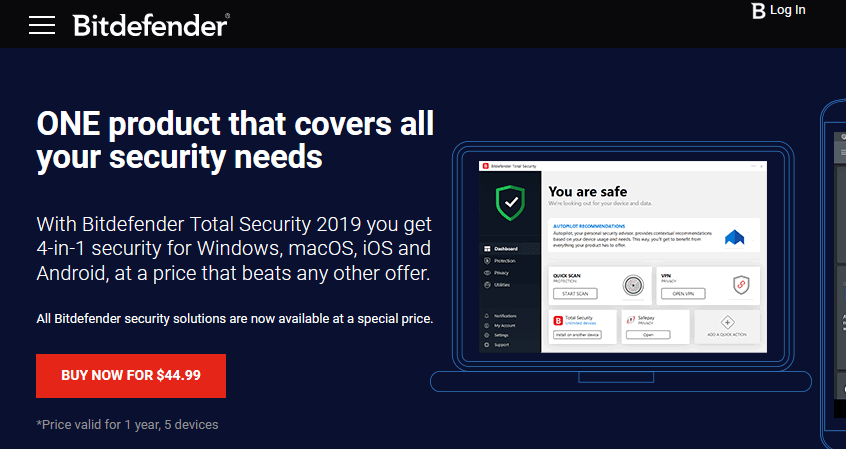 Find out the best antivirus software for Windows 10 in this comprehensive list.

The Microsoft operating system is the market leaders and they are always targeted by hackers and malware specialists. The threats and malware developers are not resting.

Hackers and other bad people are out there on the web consistently devising means of accessing and controlling your PC data and files. There are thousands of threats out there ranging from the ransomware to file-less attacks and blended malware. All these threats are of great danger and threat for your Windows 10 PC.

Bitdefender antivirus is perfectly designed to protect and shield Windows 10 PC from all forms of malware and threats. This product monitors the testing lab reports on most antivirus products.

It has proffered solutions to the ever-changing and dynamic tricks of hackers by securing the PC browser and shields it from malware. Your banking and online transactions are secured by the specialized ransomware protection and keep your most important and sensitive files safe.

The BitDefender antivirus offers the best protection against infections and widely rated 5.94 on a scale of 6 by “av test”.

It is also rated to have the best performance and the lowest impact on PC performance. You can now securely shop, bank and surf the web knowing that your PC is not exposed to dangerous malware. BitDefender also offers protections for mobile devices which means that you can download the app for your iOS devices.

The Android version is equally available for download on the Google PlayStore if your device is an Android type.

New features are introduced to the software by continuous and regular updates.

The BitDefender is rated highest all over the internet. By offering a total security at just, $44.99, the antivirus seems to offer more than the cost. It is rated as the best antivirus software for Windows 10 by most tech website.

Comodo antivirus offers a free shield against viruses. The protection is robust, smart and safeguards your computers from the most vulnerable threats that may be unknown to the owner. It offers a cloud-based scanning and an easy-to-use interface. 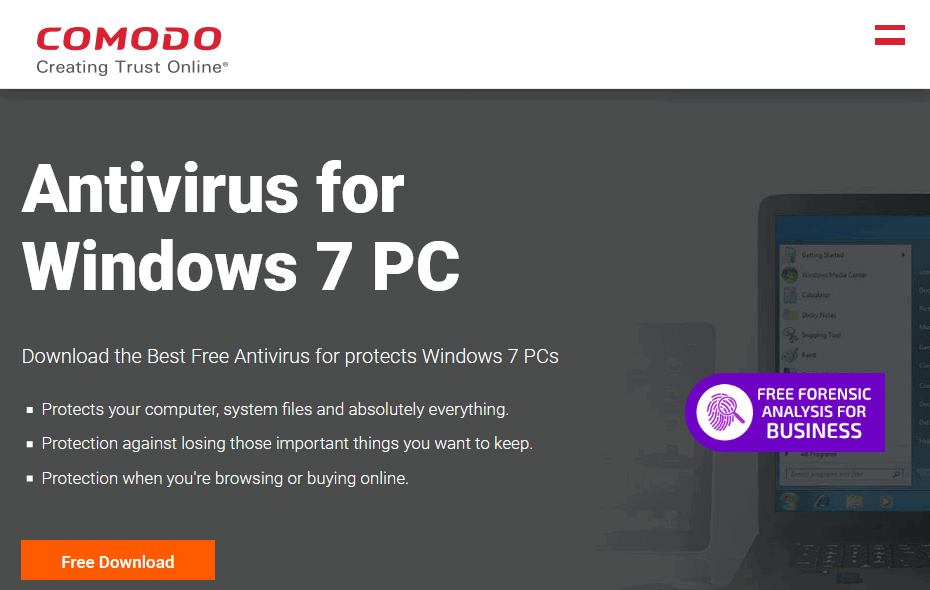 The virus definitions are updated with effective system performance enhancement. It is very proactive in PC defence. Comodo antivirus ranks widely as one of the best antivirus software for Windows 10.

AVG antivirus stands tall among equals as one of the best antivirus software for Windows 10. It has both the free and the paid versions. It blocks malware URLs, protects online surfing and phishing attacks and enhances the system performance. 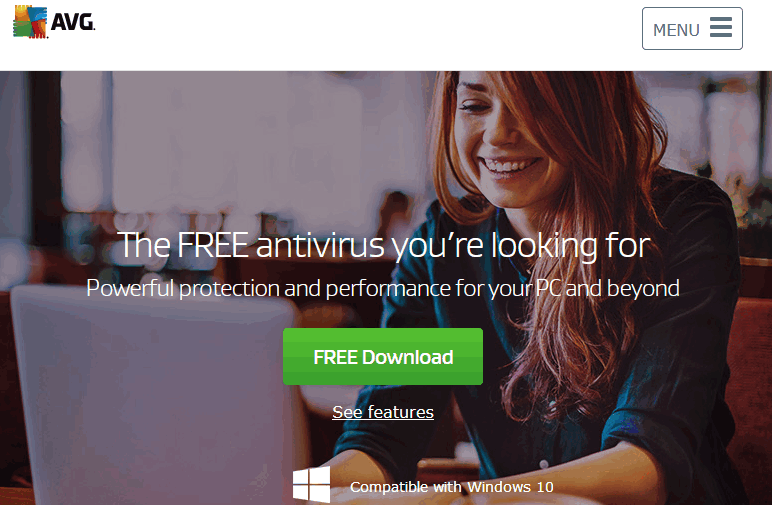 All regular computer users rely on their computers for information and data storage. Personal and financial data are saved in the PC. This makes it an inevitable need for our system to be protected from hackers and all other forms of antivirus attacks. Windows 10 PC are very vulnerable to these attacks.

Avast ranks among the best antivirus software for Windows 10 operating system. This Antivirus software detects and protects computer devices against malware, viruses, ransomware and phishing and it operates with the use of smart analytics which enables the threats to be stopped at the earliest instant. Also, it has the WiFi inspector, the smart scan and the cyber capture features. 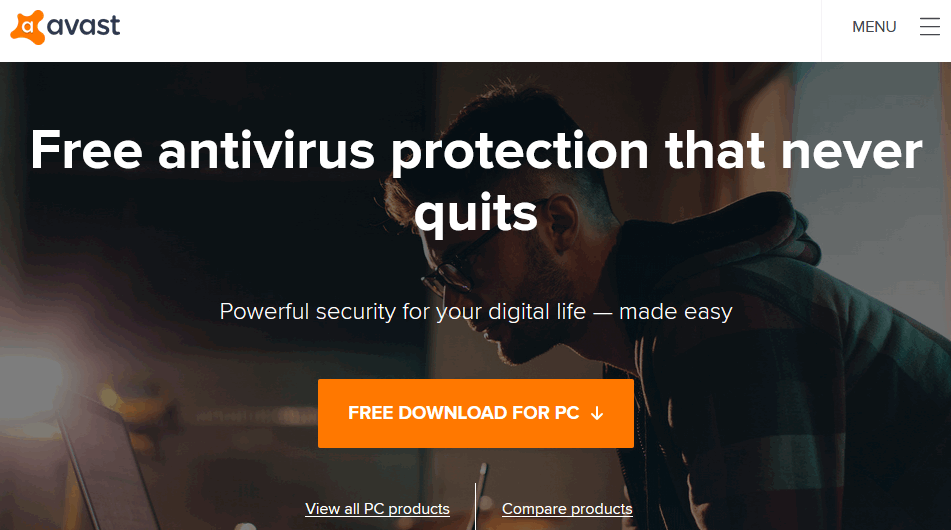 This Antivirus has several other features that aid the protection of computer devices against viruses. It works excellently in windows, Mac and Android platforms.

Avira is a solid antivirus for Windows 10 operating systems. It has several features that allow maximum protection of the devices. 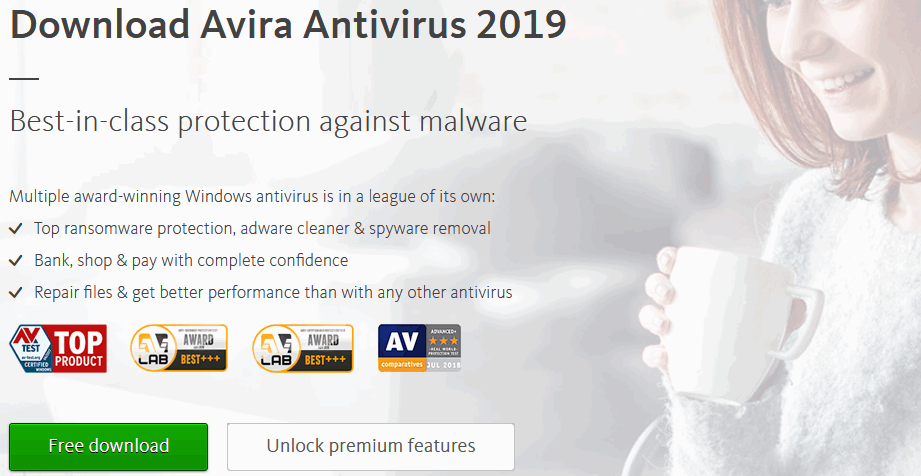 It has the “protection cloud”, the browser tracking blocker, safe browsing, price comparison as well as PUA shield for protection against unwanted apps. Avira offers protection for malware such as viruses, trojan, worm, ransomware, etc.

Kaspersky antivirus was first offered by the Russian companies. It gives maximum web and email protection. The antivirus is very light but effective. It offers maximum protection against viruses, phishing attacks, spyware, etc and makes sure that you are not tricked by scammers and dangerous websites.

This antivirus software is owned by CheckPoint. It has the Antivirus and Antispyware and protects your Windows 10 against various online attack. It checkmates incoming and outgoing traffic while protecting the PC. 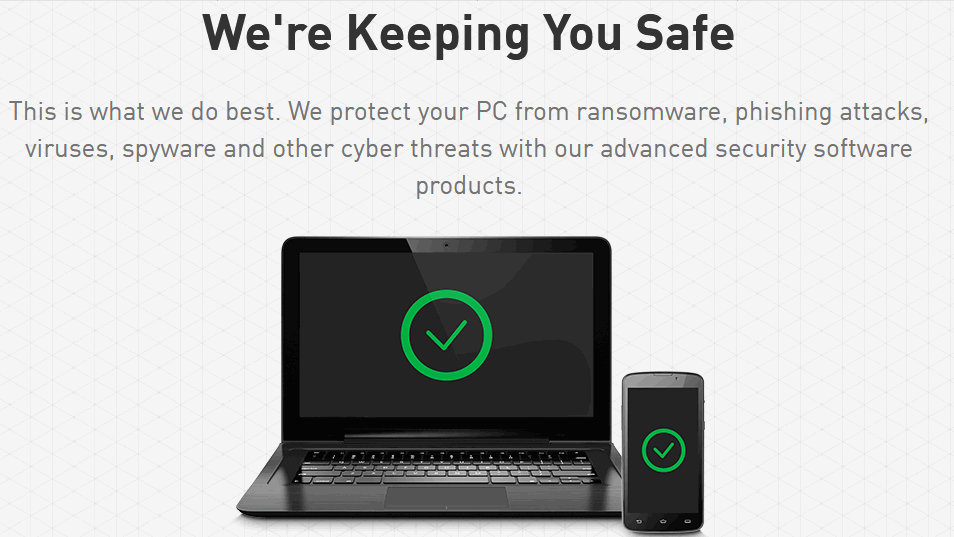 Other great features of this tool are the gamer mode protection, the customizable scanning mode and the zero-day attack, etc.

PandaSecurity is a lightweight Antivirus software for Windows 10 that is good for protecting your computers against various forms of malware attack. It executes the job in the cloud and also has the USB protection, process monitor and rescue kit. Panda is strictly made for Windows OS only. It does not work on other OS.

Sophos offers advanced cyberspace security for computers. The real-time threat intelligence aids in removing all forms of malware and virus. Sophos protects software, apps, files, documents and keeps the computer clean. It automatically stops the computer from connecting to dangerous websites and the content you access. This tool also has the remote computer feature.

The 360 Total Security has Bitdefender and Avira antivirus license. It offers web protection. All downloaded files are scanned, dangerous websites are blocked and buying from scam sites are blocked.

It allows the sandboxing and the system clean-up. The availability of the Antietam some ware protects the computer from increasing threats automatically.

The software is owned by Lavasoft. It was initially known as Ad-aware. It offers maximum protection for Windows 10 users for free. Adaware stops popular threats like spyware, worms, Trojans, worms, etc. The download protection ensures that all the downloaded files are protected and scanned.

Related: How To Avoid Being Hacked On Facebook (7 Smart Ways)

The presence of malware and other threats have made the cyberspace a dangerous arena for many computers. There is a need for users to protect their devices and computers from these threats. This is applicable to Windows operating system users, Mac operating system users and virtually all varieties of operating systems. The mobile devices are also inclusive. The need to protect computer devices from these threats is what instigates the need for development and release of antivirus software.  Of course, every good antivirus software protects the computer and keeps them safe online and offline. Many of the antivirus software listed are free while some are premium. The premium version offers more features and support to users. They perform excellently in windows 10 computers.

So, If you are in need of a good antivirus software for your Windows 10, the odds are always on the top software like Kaspersky, AVG, BitDefender or Avast. With the increasing number of online threats, it is pertinent to have an effective antivirus that will protect your computer round the clock.