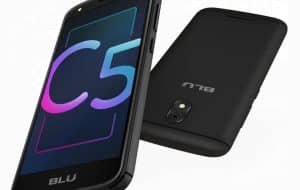 Blu C5 LTE is a beautiful budget device. This phone is for those that need a low budget device. something to hold as a smartphone that can make calls and have access to the internet but definitely not for multitasking or gaming. 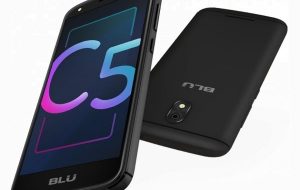 The Blu C5 LTE is a cute looking smartphone with the body featuring a sleek metal finish both on the side and panel giving it a premium looks as well as aesthetically superior. The phone has a screen display of 5.0-inch, under TFT capacitive touchscreen with a resolution of 854 X 480 pixels. On the front is a curved glass panel with a color match finishes bringing out the quality even more.

This is a budget device so you shouldn’t expect something big on the camera. The Blu C5 LTE only has 5.0MP on the primary camera while it packs just 3.2MP for a selfie. Both camera, however, support an LED flash which is another upgrade from this budget phone. For storage, the Blu C5 LTE has 8GB of inbuilt storage which you can easily expand up to 64GB using microSD card.

The Blu C5 LTE has a Quad-Core MediaTek MT6737 processor that clock at 1.1GHz along with 2 core Mali-T720 GPU. This is a low hardware so I don’t see any reason for running high demanding apps or multitasking with this low range device. Handle the phone with care and you will enjoy your device. The Blu C5 LTE is powered by Android 7.0 Nougat with 1GB RAM. Just like the attached LTE on the name suggests, the Blu C5 LTE support 4G network all running with the help of a Non-removable battery capacity of 2000mAh.