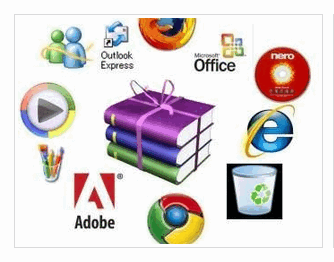 Software is like the language the computer understands. These languages are what we use to communicate and interact with the computer system. A computer has 3 categories of software and these are:

These are used for translating inputs into the language that the computer can fully understand. They mostly make up all the hardware components of a computer. There are many operating systems out there.

This kind of software is strictly for computer programmers. It is not something you can just come across unless you are a programmer. They are useful in creating applications. Some of them are C++, Java, Simlab, PHP, and so on. They are also useful in building mobile applications.

Whether you are a beginner or expert in operating a computer, there are some common software you just cannot do without. Even if you haven’t used it, there is every chance that you have heard of it.

I doubt there is anyone using a computer who does not know what this software is. It is a word processor that was founded on the 25th of October, 1983 and is used to create, edit, format and save documents. It is part of the Office suite program and has so many tools to help individuals. Word is also useful in designing things like logos, banners, and several more. It is one of the best choices for anyone in the market for a word processor.

A spreadsheet program that was created by Microsoft and also available for use on computers, Android, and IOS. It is very useful for business owners because it can assist to record budgets, income, and expenditures. Additionally, it Is useful in performing mathematical equations and calculations.

The second on our lists of common software is the powerful browser Google Chrome. It is a platform that was released in 2008 for Windows OS but later was compatible with Android, IOS, MACOS, and Linux. Google Chrome is a platform for several web apps and comes preinstalled in a computer and mobile device. It is one of the most powerful browsers out there and unless you are living under a rock, if you are reading this post, I am certain you know this one.

This is also an open-source web browser that is small, fast, and much secured to use. Additionally, it also has a very detailed interface and also a high speed when downloading. It is also available on Laptops and Phones.

This is commonly known as IE and it is also a graphical browser that was created in 1995. It is by far the most used and common browser worldwide. It comes installed on Windows PC.

The fourth on the list is the popular telecommunication software. It provides services like voice calls, video calls between tablets, mobile phones, computers, and even smartwatches with the help of the internet. It also lets people transfer images, texts, and audio. This software is very common among millennials.

This is one of the common software out there and it is a musical one. It arranges songs according to artists and genres. Most of the songs on our laptops are all in the MP3 format. It supports all devices and also has popularity globally.

This is a common software among graphic designers. It is useful for creating brochures, logos, invitation cards, and several more. It is also useful as an image editor.

Adobe developed this software in the 1990s and is sometimes known as PDF. It is a file format that is useful for capturing printed documents. You can view, navigate, print, and forward the documents in PDF to another. It is very useful nowadays. One can transform Word documents into PDF format and vice versa.

This is a very popular media player software that is free across all platforms. It plays most multimedia content like audio, DVD’s, VCD’s, and other streaming devices. It is open-source and available on all platforms.

Finally, those are the ten common software programs we use almost daily There are several others that are also popular as technology is advancing and improving. So, it is very important that you as an individual are familiar with most of this software.