The Relevance of Communication Networks in Nigeria and in the globe generally cannot be underestimated. It’s overwhelming, touching lives and transforming sectors of the economy. To have headway in whatever you are doing, it is relevant you know where you are coming from. Nigerians, we actually say yes! So far so good, though we are not there yet, in terms of technological transformation in our major sectors including Telecommunication itself. 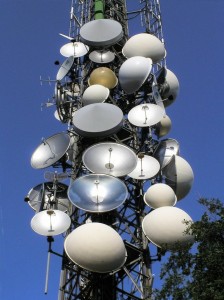 I keep wondering how those of our educated parents, our present day’s professors are able to make research in their various academic fields without the help of present-day search engines, the internet world. As the present says goes “the world is a global village”, this is as a result of technology.

What a privilege we have now to sit back at our homes, offices and even schools to check what is happening around the globe with the help of search engines like Google, Bing, Yahoo, Mamma and etc. A few years back, usually, it takes days, weeks, or even months to have a mail delivered. It may interest you to know at this point that communication Technology is a factor in a striving country like Nigeria i.e. it must be considered very important to get other things right in terms of security and other related issues. My concern is to point out how relevant Communication Technology is in sustaining a suitable society.

The inception of Nigeria’s Telecommunication is recorded in 1886. This was when a cable connection was confirmed between Lagos and the colonial office in London. By 1893, Lagos office was provided with telephone service, which eventually extended to Jebba, Niger State and Ilorin, the present-day capital of Niger state. This on a gradual process turned into national telecommunication network. In actual fact, it was not transforming any other sector rather than itself.

The telegraph service also witnesses a parallel development, moved from telegraph delivery by way of manual co-ordinate pegboard switching to use of Morse code for telex switching. During one of my seminars, I remembered vividly a participant asked me what Morse code is. For the benefit of our readers, Morse code is a method of transmitting text information by the combination of long and short light or sound signals.

The system turns up a little better in the mid-90s, as a result of the following factors: first among the factors is telephone service; by 1993, with the total capacity of 780,000 lines followed by telex service, with a total installed capacity of 12,800 and 20 voicemail lines.

Digital exchanges were executed in 47 Local Government Headquarters in Nigeria, also transmission system. What is Transmission System? It is a system that enables a signal from one place to another. A signal can be an electrical, optical or radio signal.

The present-day Communication Networks in Nigeria

Benefits of Communication Networks in Nigeria