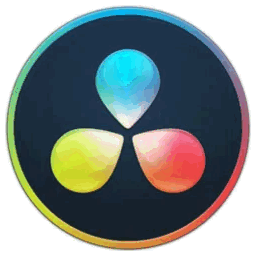 Da Vinci Resolve was originally developed by da Vinci Systems. It is now being developed by Blackmagis Design after its acquisition in 2009.

Da Vinci offers a free but reduced functionality version. It also has a commercial version of the software called DaVinci Resolve Studio.

Here, we highlight to you the different features of the 15th and 16th version of the DaVinci Resolve Video Editing Software.

This version ranks amongst the best editing software. Notable among its new features is the Fusion. It has powerful visual effects (VFX) app. Its color corrector and audio editor are also great.

In fact, it has more than what most editors need in terms of video and audio editing, color correction, and effects. More amazing is the speed and power that an editor will ever need inherent in it. It is also very to learn and use.

DaVinci Resolve now has a new high-performance playback engine which is up to 10x faster, even for processor intensive formats such as H.264 and RAW. This powerful editing and trimming tool is great for both creative and online editing.

It now has the industry’s most powerful primary and secondary correction tools. It also has advanced curve editor, tracking and stabilization, noise reduction and grain tools, Resolve FX, and more.

Also available are new professional tools for audio post-production which now includes fully featured Fairlight audio in the same software. They are used for editing and color correction.

It also supports recording and ADR, sound editing, sound effects, sweetening, and mixing. You can mix and master to multiple formats. This is including the 3D audio space formats such as 5.1, 7.1 and even 22.2.

Importing, syncing, and organizing footage is now fast. All you need for the delivery of projects in any format are in the software. This makes your work quicker and outputting of files faster.

This feature of DaVinci Resolve allows Assistant editors to prepare footage while editors cut the picture, colorists grade the shots, and sound editors mix and finish audio. They can all do this in the same project at once.

The professional editing, legendary color correction, and Fairlight audio tools needed for SD, HD, and Ultra HD work at up to 60 frames per second are all on the free version. DaVinci Resolve Studio support for 4K and higher, along with frame rates up to 120 fps.

A user can find dozens of additional image processing features and filters that are not in the free version. They include film grain, temporal and spatial noise reduction, amazing new face enhancement tools, lens flares, lens distortion correction. Also included are an optical quality blur, and mist effects, match move, warping and much more.

These new improved consoles now provide high-quality tactile controls. These controls are for nearly every parameter and feature in the software.

It has impressive user interfaces. It also has fast to use buttons and controls. These allow for quick mapping of the console keys into a configuration that is optimized for the task at hand. This makes you work faster with Fairlight audio, unlike other tools.

How to Get DaVinci Resolve Activation Key for Free