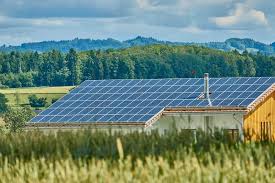 Solar energy provides some of the bests ways to be powered by the sun, here are 5 disadvantages of solar energy.

Solar energy is the energy gotten from the sun, basically the visible light, the heat and the radiations that are harnessed to be used. The sun is a natural nuclear reactor. It releases very little packets of energy known as photons which travel 93 million miles from the sun in 8.5 minutes.

Enough photons impact the earth every hour to provide enough solar energy. The sunlight that reaches the earth is made up nearly 45% of infrared radiation, 50% visible light, small amounts of ultraviolet radiation and other forms of electromagnetic radiation. Solar energy can be turned into electricity or used in many other forms.

Solar energy is an inexhaustible and unpolluting source of energy compared to petroleum, natural gases and fossil fuel coals which makes it of the greats advantages of Solar Energy.

Read also: 10 Advantages of Television in our World

The production of Solar energy.

The sun like any other star is made up of hydrogen and helium and sun generates energy in its core in a process that is known as nuclear fusion. During nuclear fusion,  the sun’s excessively hot temperature and high-pressure cause hydrogen atoms to divide and their central core (nuclei) combine. When four hydrogen nuclei combine, helium is formed and since it weighs less than the four nuclei that formed it, some matter is lost.

This matter that is lost from nuclear fusion is emitted as solar energy. The sun fuses about 620 million metric tons of hydrogen every second. It takes millions of years for this energy to travel from the sun’s core to the surface of the sun. The solar energy travels to the earth surface at the speed of 186,000 miles per second which is the speed of light.

Solar energy aids in photosynthesis which is also responsible for the fossil fuels on earth. Sunlight helps plants to grow and thrive.

How Solar Energy is produced

Solar energy can be used to produce electricity with the use of semiconductors that display photovoltaic effects and heat with the help of solar thermal. Today,  solar panels or photovoltaic cells can be found on rooftops, spacecraft and handheld calculators. Photovoltaic cells are made up of semiconductors material like those found on computer chips when the solar energy hit this cells,  it knocks the electrons away from their atoms hereby creating electricity as the electrons flow through the cells.

Solar thermal power plants use solar energy on a much larger scale, using various techniques to concentrate solar energy as a source of heat. The heat is then used to boil water to drive a steam turbine that generates a large amount of electricity just like nuclear power plants and coal. Solar energy can be used to produce salt from saltwater by evaporation, also in the transformation of saltwater to potable water.

Solar energy has its numerous benefits but we cannot overlook its disadvantages. Some of these disadvantages are:

The number one of solar energy is its cost. The initial purchase of a solar system is very expensive, you have to pay for wiring,  batteries, inverter and installation. The number of solar panels required to capture solar energy typically cost a lot of money.

The solar panels,  just like everything kept under constant sunlight, gradually deteriorate because of ultraviolet radiation. The wind, rain,  snow,  dirt and temperature fluctuations can also act as factors.

Some of the components used to create solar panels are harmful pollutants. Some of these components are Cadmium (cadmium is harmless when sealed tightly in the solar panels, but when leaked, it can cause serious damage) and Lead ( the batteries used to save the solar energy till later contains lead which is highly toxic especially to sea creatures, it can also cause several impairments in children).

When manufacturing solar panels, the process involves greenhouse gas emissions. Greenhouse gases which are involved are Sulphur Hexafluoride and Nitrogen Trifluoride which are very potent and have a great impact on global warming.

What are your thoughts on Solar energy taking over fossil fuel generation of electricity? Please send in your thoughts, let us discuss it.