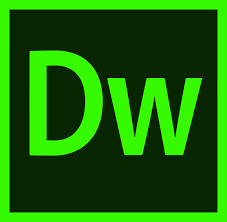 It is easy to know the makers of this software from the name, but there is more to it than the household name, “Adobe”. Macromedia created Dreamweaver in 1997 before Adobe Systems acquired the company in 2005. Its acquisition by Adobe gives every user of adobe software an idea of the quality it possesses. Despite the premium that Adobe’s software carries, it will interest you to know that you can get Dreamweaver free of charge.

The software is a website design and IDE (Integrated Development Environment) tool that ranks top among its peers. It encourages single users as well as team users to build sites with it. However, it is not a software for a beginner due to its complex interface. Like other HTML file editors, Dreamweaver locally edits files and uploads them remotely using SFTP, FTP, or WebDAV. A particular version of Dreamweaver (which we’ll get to know later) supports the Subversion control system. With the support of the various Adobe graphic software and web services, Dreamweaver works smoothly.

Available Versions of Adobe Dreamweaver And Their Features

Dreamweaver has twenty versions in total as of the last release in 2019. Of all these versions, eleven of them are old and not maintained by Adobe. Eight of them are old but still maintained, and then, there is the latest one.

Adobe released Version 12.0 (CS6) in 2012, and it came with two versions. The first is a perpetual license Version; that allows you to download the software without recurring payment. The other is a Cloud Version that lets users subscribe to the software’s use.

Dreamweaver Version 13.0 (Creative Cloud) got into the market in 2013 and the perpetual license version that existed in the previous version was dropped. Users only subscribed by signing up for the Creative Cloud.

Version 16.0 (CC 2015) allowed users to inspect and view content on their mobile devices, and integration with the Bootstrap framework was direct. Dreamweaver provided Visual media query bars with excellent responsiveness and improved the code editor.

The seventeenth version, (CC2017) was more improved. The code editor was better than it was in the last version, and there were changes to the UI. Browsers were able to preview work done in real-time, and they provided e-processor support.

Version 18.0 (CC2018) had the search bar support, Test Button and Conflict Icon. Users can save Credentials as well.

CC 2019, released in October 2018 had a JavaScript refactoring done to it. Security was enhanced on the software and new CEF Integration was introduced. Dreamweaver started to support ECMAScript 6.

The latest version, CC 2020 was released in November 2019 and it came with Seamless Live View editing. There were improvements to the Code hinting function and the Japanese was the default font.

In February 2020, Adobe released an improved version of CC 2020. You can check it out on their website.

How Can I Get Adobe Dreamweaver?

This is the question that many software users ask and I will give you the most honest answer. You can get Adobe Dreamweaver free from so many sites that are available online. However, you are in danger of getting more than just a free Dreamweaver file while downloading. At the end of this article, you will see the right place to get adobe Dreamweaver from.

As we have said at the beginning of this publication, Adobe Dreamweaver is not for the baby web designer. This is why you should be on the lookout for the genuine full version of the software. This doesn’t mean you won’t be able to get Adobe Dreamweaver for free, you definitely can. That statement is only alerting you to the dangers of downloading the software from sources that are not of Adobe.

You can also get it at a premium, depending on your choice. It is available as part of apps in the Creative Cloud or you can subscribe to using Adobe Dreamweaver alone out of all the apps in CC.

How Do I Get Dreamweaver Free?

If Dreamweaver’s user interface is strange to you, get accustomed to it with its trial version at no cost.

If you are a first time user, learning the ropes on Adobe Dreamweaver might seem daunting but constant use will expose you to the experience you’ve been missing. Get Adobe Dreamweaver free of charge. Get your work done faster.