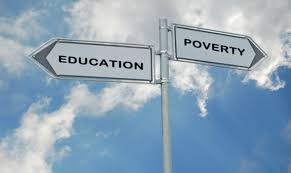 Do you know how poverty affects education? Without mincing words, poverty is the chief enemy of education and can really frustrate brilliant students. It can even cause these helpless kids to drop out of school. In this post, we share the various effects of poverty on education.

Poverty is a chronic enigma. It affects the mind, the body and the soul. Poverty is very powerful. Poverty can block education, but meanwhile, education is a very important tool to overcome poverty.

Looking around us, it is quite obvious that as years go by, the income gap between the rich and the poor continues to widen. This has an ample effect on the poor children and sets the rich children at a well-positioned advantage than their poor peers.

Students from poor background are usually prone to poor educational exposure and lack of sponsorship. It sets a deviation between the poor students and the rich students.

In fact, young children from poor homes are already behind their peers even before they start school. Their cognitive and psychomotor abilities are bound to be affected by poor diets.

In this article, we shall enumerate the top 10 killer effects of poverty on education.

Effects of Poverty on Education: How Poverty Affects Education. 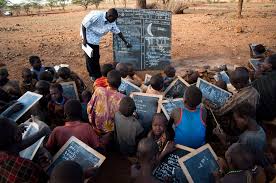 Poor families are likely to send their kids to cheap schools which are not able to cater for their educational needs. The curriculum may not be well treated in such schools. These poor kids will definitely be miles behind their rich peers considering the fact that their peers from rich homes are in the top and highly ranked schools.

The poor parents may not be able to provide extra tutorials to their kids compared to the rich parents who can even go extra miles to hire home tutors for their kids. This places the rich kids at a better footing than the children from poor homes. Indeed, poverty can be very detrimental and can have a massive negative effect on the overall future of the child.

Children from poor homes are less likely to have good nutrition. Some of them may not have enough to eat for school. Hunger and starvation retard learning and affects the functionality of the brains. A child that is not well fed can never be able to assimilate what he or she is taught in school. A child that goes to school with little or no breakfast will never concentrate in class and is likely to perform poorly in an examination. This is one of the effects of poverty on education. 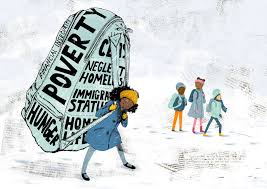 Stress can be very detrimental to brain development. It impedes the ability of the individual to pay attention and it affects information retention. Poor kids are more likely to face emotional and physical stress on a daily basis and this will trigger some brain blocking hormones which are bound to affect the academic performances of the child. Emotional stress can also cause mood swings which are another downturn to his attentiveness in class. Lack of attentiveness in class breeds poor results. Hence, this is one of the effects of poverty on education in America and other countries. 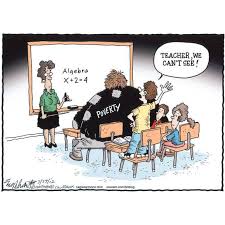 A child that grows up in a poverty-stricken environment is likely to develop a poor mindset with the belief that the odds are against him. Such a child will most likely develop a poor attitude towards learning and education. He is exposed to violence, foul languages and other negative scenarios. No one encourages him to surge for a better future. Such children will within a short time, fall out of love with the school. 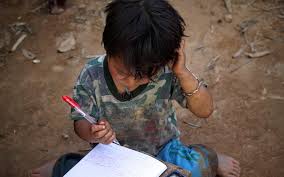 Here is another reason how poverty affects education. As we know, a motivated person will always strive to achieve more. This is not the case with poor kids. They lack motivation and drive for academic success. The parents are focused on struggling for their poor feeding and hence places no attention on motivating them to study hard. This is a clear contrast from the rich homes where parents always ensure that they entice their kids with juicy gifts and presents whenever they perform well and this usually goes a long way in spurring them up for better performances.

It has been scientifically proven that some diets boost and builds the intellectual ability of children. Poor parents are not likely to afford such diets. This is not the case with rich homes where the parents are always on the look-out for food items that will bolster the IQ of their kids. Constantly placing toddlers on such diets will set them apart on a better academic path than their poor friends. 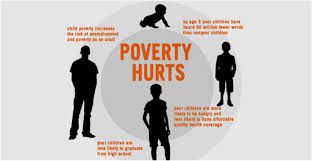 Quality education is not free and this has affected the future of many young students. Though some governmental intervention has made education in some communities to be free. Even in the midst of free education, there are several other necessities that require funds such as books, uniform and even transportation. Children that walk long distances to school are likely to perform poorly. On the long run, the extra expenses might be too much for the family and the child might need to drop out of school in order to make money through menial jobs. Dropping out of school is one of the chief killer effects of poverty on education. 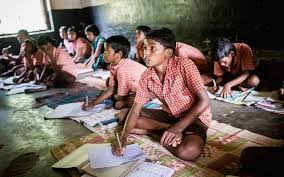 Most poor parents might struggle and manage to pay the school fees but these poor kids are most likely to still be in need of important academic items like books, etc. Study books and other academic items are very important in the academic journey of any student and the inability to afford it will impede the academic growth of the child. This is exactly how poverty affects education in most countries.

10. Health and well being

No one can learn when in a poor state of health. Substandard food and housing are likely to expose the poor kids to harsh weather conditions and diseases which will affect their education. This is one of the major negative effects of poverty on education. Poor medical care, poor nutrition and childhood diseases all have adverse effects on the physical and cognitive development of the child.