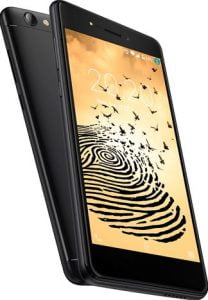 Without much adore, I present to you a smartphone with a low price tag that has more to offer than takes as it comes with good features through average specs and still offers a decent processing power to get the phone going. This smartphone comes with a dedicated name Fero Pace 2 that happen to be one of the top phones in the Fero line of budget devices. 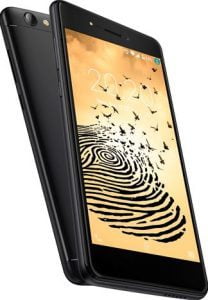 Read more: 17 Most Popular Mobile Phones And Their Prices

The Fero Pace 2 is not that impressive nor does it pack any special Features on it however on the body it has a bezels at the top and bottom where the navigation button is located and on the main screen is offer a display size of 5.5 inches with a resolution of 1280 X 720 pixels that has 269ppi density. You will also get a camera on the top of the panel with an LED flasher.

The dual camera set up in this phone is impressive. It offers 13-Megapixels on the back for photos and this sensor will also snap with an LED flash and also record high videos quality. On the front, you will also get another 13-Megapixels of a camera for a selfie. On the storage, the Fero Pace 2 has an inbuilt storage of 16GB on paper which will likely be occupied with preinstalled apps and bloatware and at the end, you will be left with just about 8GB. Thankfully, it supports micro SD card up to 32GB so expanding it won’t be a problem.

This is a budget smartphone so you shouldn’t expect much from the performance because the Fero Pace 2 only has a Quad-core MediaTek MT6580 processor with 2 core Mali-400 GPU alongside a 2GB of RAM. So some of the apps or games will not run as fast as you’ll expect it. The battery is 4000mAh which is above average and it will definitely last beyond a day when fully charged.

The Fero Pace 2 is now available at the online stores and it will sell at a price of about 32,000 Naira in Nigeria depending on your location in the country. (Buy Now on Jumia Nigeria).