Over time Microsoft Corporation has released a series of operating systems, due to advancement in technology has gradually improved on newer versions to correct errors that the previous versions had. Here is a quick recap of all the versions of the Microsoft Windows operating system released since it’s conception till date.

Microsoft Windows 10 is the current and the latest version the Microsoft series of the operating system. They released this application in November 2018, for more on Windows 10 and it’s general features, you can see it here.

As access to particular devices is often essential to cause input and output operations, the operating system coordinates input and output operations on the devices that run it. Also, this allows users to read information from specific websites or print information’s from the comfort of their homes. Furthermore, when you use this feature, you can read information and redistribute it in the computer system and to others.

The windows operating system monitors the execution of all programs. This is part of the general features of the Windows Operating System. However, to do these tasks, it creates a table that combines programs in the devices. From this feature, you can see that a computer cannot use a hardware device that is not available.  Similarly, it also monitors all types of devices and applications working in a particular system and allocates resources to them.

Windows Operating systems also function as launchers providing a way to open programs, organize documents and transfer data. All programs are tied to the operating system to function. So, each system has its own software, this is why you cannot run a Windows program on a computer running a Mac X Operating System.

The Core is a key feature of the Windows operating system.  These core provide a way for different applications in a computer system to interact with themselves. The core also manages the RAM, that stores software information. Today, monolithic nuclei are the most popular core used in different operating systems worldwide. Also, most operating systems cores are device drivers for controlling monitors, hard disks and other hardware devices.

One other general features of the Windows operating system is that it keeps a steady connection between hardware, software and the user interface (GUI). In addition, without it, you cannot use computer resources to perform any task. 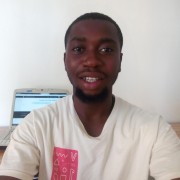