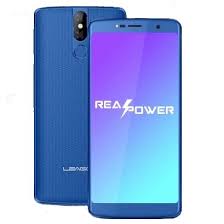 Leagoo is always known for their low-budget smartphones series but they also represent when it comes to flagship device and that is evident in the Leagoo Power 5. This smartphone is an upper high phone with more to offer on the specs. The processor and the RAM even the battery will also wow you. Let’s check this phone out.

Talking about the design, the Leagoo Power 5 is not that beautiful though it packs a metallic body design that is well crafted to be premium, still, you can’t compare it to the likes of Samsung Galaxy S9 even when it has similar specs with them. On the panel, it has a dual rounded camera with an LED flash in between them and then below it is a fingerprint scanner and the logo below. Now shifting to the front, it has a visible bezel with a bigger screen of 5.99 inches and 1080 x 2160 pixels resolution. In addition to this is 403ppi density. You will be getting a fair and clean content viewing with this phablet at any angle.

On the camera aspect, the Leagoo also live up to expectation as it comes with a dual sensor of 13-Megapixels and additional 5-Megapixels working together to make sure you get the best image quality after a shots and on the front, for taken selfie, it offers another 13-Megapixels which is single but will do a great job in snapping. Users will be getting a generous inbuilt storage of 64GB in this device and it’s also expandable up to 128GB of micro SD card.

Expect sometimes decent and fast when it comes to performance because the Leagoo Power 5 has a robust Helio P23 SoC with the octa-core processor clocking at 1.5GHz ARM Cortex-A53 CPU along with large 6GB of RAM. The Mali-G71 will take care of graphic and the massive battery capacity of 7000mAh will keep the phone active for days with a fast charging technology. Some of the features you will get on this phone includes MicroUSB 2.0, 4G, A-GPS, GPS, GLONASS and a rear-mounted fingerprint sensor.