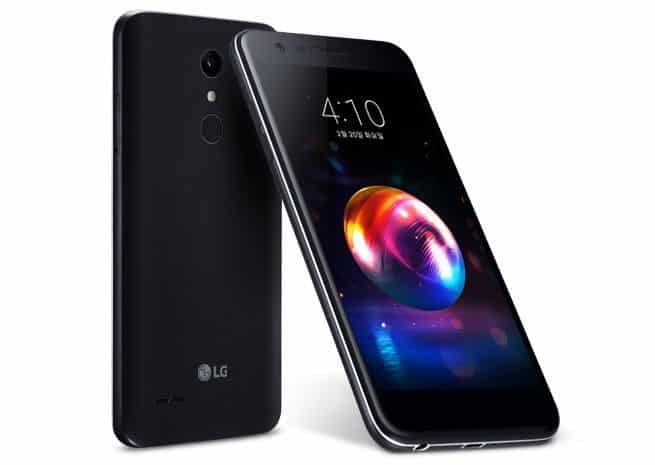 LG X4 is a smartphone from LG World with a premium body design that comes alongside a fingerprint scanner and it’s powered by Android 7. 1. 2 Nougat. Apart from the design, the LG has 2GB of RAM and 16GB of inbuilt storage that makes it an average smartphone with nothing too special. 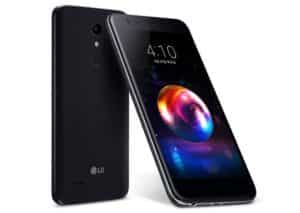 The LG X4 like other popular mobile phones has a body that features an Aluminium Alloy with dimensions of 148.6 mm x 75.1 mm x 8.6 mm and a weight of 164g. It has a screen size of 5.3 inches with 1280 x 720 Pixels resolution and a display type of IPS, LCD capacitive touchscreen. You can buy the LG X4 in Black and Gold colours only and it arrives with a body protection.

The LG X4 has 8-Megapixels of a camera on the back with image dimensions of 3264 x 2448 Pixels and it record full HD video quality of 1080p@30fps with an LED flash.
The front camera is 5 Megapixels with 100 Degree Wide Angle and it has internal storage of 16GB with a slot for micro SD card that users can use to expand the storage up to 2TB. 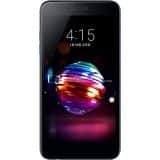 Powered by a nonremovable battery of-of 3000mAh along with a fast charging technology, the LG X4 will give a fast performance with Qualcomm Snapdragon 425 that runs at Quad-Core 1.4GHz CPU with 4 core and 2GB of RAM. It has an operating system of Android 7. 1. 2 Nougat with a fingerprint scanner on the back and it support 4G LTE data and micro USB2.0. Don’t let the 2GB RAM deceive you this LG X4 will perform absolutely well in handling apps and sensitive 3D games.