Find out the Microsoft Office price and all the added features in the latest version here.

Microsoft office is very important for data processing. It is available in different versions which are tailored to meet the needs of different users and computing environments.

The Microsoft word has always been a component part of the Microsoft office. It is a word processor. Over the years, it has undergone series of development. 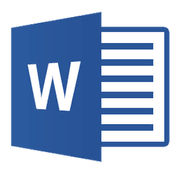 It is used mainly for formatting words. It is the most widely used word processing software. Various text formatting actions can be done using the Microsoft word. It allows the creation of word document under the default format of .doc or .docx.

Dictionaries, thesaurus and the spell checkers have now been integrated with Microsoft Word. The template allows for easy word formatting. Alignment, fonts types & sizes, heading, paragraph are some of the formatting actions. The WordArt is used for making artworks in the Microsoft Word with Windows. Bullet and numbering can be used to create lists for items. Users can create tables, perform calculations, choose the screen orientation, and select the font type, style and size. A lot more can be done using this great masterpiece of a software by Microsoft. See how to download Microsoft Word free trial version after checking out the Microsoft Office price and its packages.

Microsoft Excel is a spreadsheet editor. It can be used for the collection and arrangement of data as well as calculation. 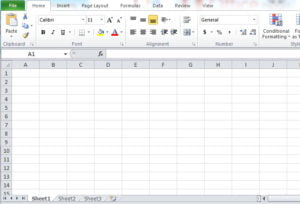 Microsoft PowerPoint is for creating different arrays of slideshows for presentation on screens. The presentation is composed of texts, images, graphics, etc.

Read this: How to create a flyer using Microsoft Word

You can use Microsoft Access for database management while Microsoft Outlook is designed for the management of personal information. It acts like the email.

Microsoft OneNote is specially designed for note and important information gathering. The information so gathered can be shared with other OneNote users over the internet. The Microsoft publisher is used for designing and publishing items such as Calender’s, business cards, greetings cards, etc.

The Microsoft Office price for the latest version is between $100 and $200. The mobile versions are relatively free. Incorporation of Microsoft with several mobile phone and tablet manufacturing companies have made it possible for many mobile devices to come with the Microsoft Office Suite already embedded as a default application.