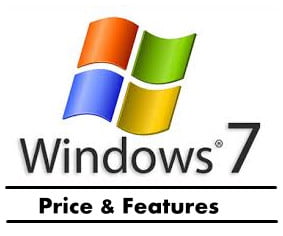 Windows 7 operating system is completely an upgrade on the Windows Vista. The action centre is upgraded to show more security actions, the user account control interface has many additional but less intrusive options and the task bar now allows the pinning of important software.

Many of the functionalities in the windows Vista operating system received a boost and improvement in Windows 7.

Also introduced in the Windows 7 package is the search option which allows keywords to be used in navigating to files. If the name of the file is entered in the search box, the files with those names will show up.

The library categorization was also an improvement in the windows 7 package. Instead of converging all files in one location, they can now be separated into different places known as libraries.

The task bar is also improved upon. If you have many windows open, then they will be grouped into one place. Hovering the mouse at the spot will show a stack of all the windows which will become visible when the mouse is hovers on it.  Pinning of important and regularly used apps has become a lot easier. You can simply right click on the app and select the ‘pin to task bar option’. From the start menu, you can hover the mouse on the arrow beside any of the systems like ms-excel, Ms-word or the likes and you will see a drop down showing recent documents. There, you can simply click to open or right click to pin to task bar.

You can easily stack any window by simply dragging it to the task bar.

It also has the Gamma curve functionality and the smart screen touch function.

Windows 7 is highly innovative, it comes in three versions. There exists the windows 7 Home premium, the windows 7 professional and the windows 7 ultimate. They all come in varying prices for both upgrading and outright buys.

You can buy this product online directly from Amazon and other online store like Ebay.