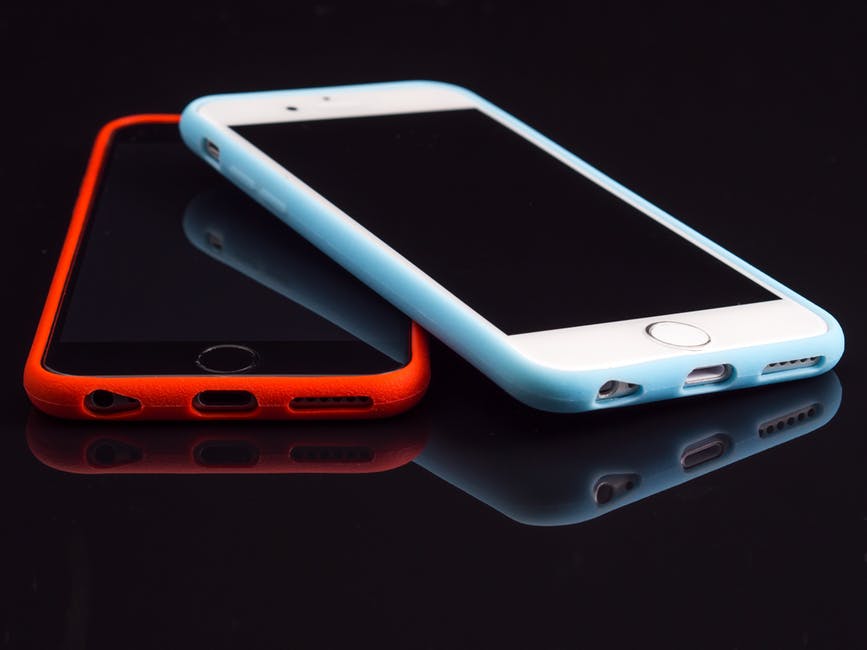 When it comes to mobile phones the next thing that might likely run into your mind will be Android, iPhone, Blackberry and Windows phones. These are all smartphones.
A mobile device you can use to do so many things within some tinkle of a second. Though Windows phones are not that popular anymore due to their limitations while an iPhone might be blazing hot because of its price and the Apple name attached to it. 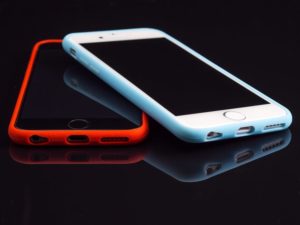 As for Android, wow it’s the real legend. very powerful and popular in all countries. Android phone has different brands and names that so many of them are still not popular but waxing stronger to take over the smartphone market sooner or later. In Nigeria here, there are lots of popular mobile phones that have dominated the entire market and that is what we will be looking at in this article.

Popular Mobile phones And Their Prices.

Now let’s start with the high ends flagship mobile phones before we can move down to the Chinese phones which are budget friendly. 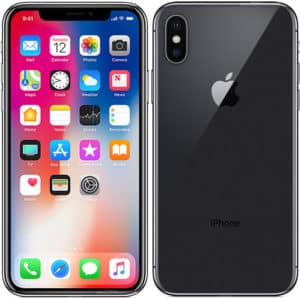 iPhone X is the latest mobile phone that really shakes the mobile phones market. Even with the high price, some people are still flexing with the phone. Just last year, one of the top celebrity bought about six of the iPhone X to all his crew members.

This is not all. Everyone wants to just get a hold of this phone even if it’s for a selfie alone because of the mind-blowing features and design this luxurious phone has. Starting from the full-screen display down to the wireless charging and then the water and dust resistant.

The Camera is also cool with features like face ID which users can use to unlock their phone. The iPhone X is not only popular in Nigeria but around the world. Just last year during the Black Friday promotion, there was a report that about 6 million iPhone X was sold.

Where to buy iPhone X 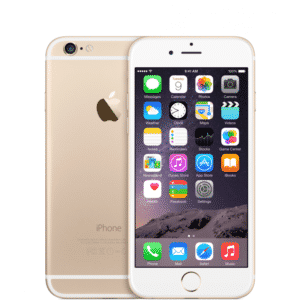 iPhone 6 is another good product from Apple that was released on 9 September 2014 but still trending till this days in Nigeria reason been that the price has dropped.

It does not support wireless charging and then, the eye-catching bezel-less display is not on this phone. The battery, camera, storage, and the processor is cool and it can serve as a better option if you don’t have the money for the iPhone X.

Where to buy iPhone 6

The phone that used to cost about 250,000 Naira is now 118,000 Naira on Jumia. The phone shares similar features with the iPhone X but the difference is still clear. (Buy Now & have some discount) 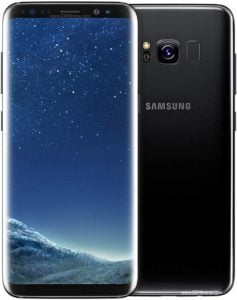 Now let’s look at the real boss in the smartphone world. The Samsung Galaxy S8 has an amazing display, huge power, and astonishing design. This smartphone became popular with its killer features like the iris scanner that you can use to unlock your phone. It also has a Bixby assistant that can help you to get some work done on your 5.8 inches metal covered handset.

Everyone desire this phone because of its wireless charging technology. Tell someone you own a Samsung Galaxy S8 in Nigeria and watch them call you rich kid because this phablet does not only comes with impressive Features but with a high price tag. It has a battery of 3000mAh with wireless charging, water, and dust resistant as well.

Where to buy Samsung Galaxy S8 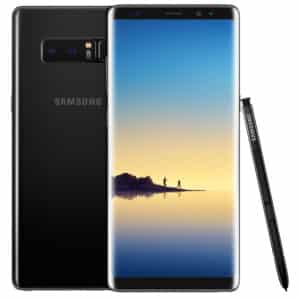 Apart from the Samsung Galaxy S8, another great phone coming from the South Korea company that is very popular in Nigeria is the Galaxy Note 8. This beast comes with an additional feature that makes it unique and special. It has a Spen which you can use to write a message on a photo, draw and do other things. The phone also has a homogeneous display of 6.3 inches which is the largest display you will find on Samsung Note phones.

It has a rear camera of 12-megapixels and front camera of 8-megapixels. The internal storage varies depending on the model you buy. You get either 64GB, 128GB, and 256GB of inbuilt storage.

Where to buy Samsung Galaxy  Note 8 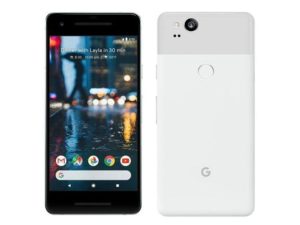 The name might not be familiar to you especially if you hardly visit technology blog. The Google Pixel 2 is a popular phone all over the world and in Nigeria, the phone has gained a lot of attention from everyone because it’s Google own device.

The design on this phone is not that beautiful but what it packs inside is truly amazing. The Google Pixel 2 is a portable and palm-friendly smartphone that has a very powerful processor on the hood. Don’t let the size deceive you, this Google Pixel 2 cost around 300,000 Naira while the senior brother Google Pixel 2 XL cost around 400,000. 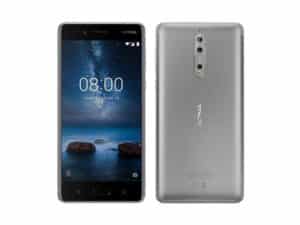 Nokia phones do not looks that cute when it comes to design but when it comes to quality and easy user interface give it to them they are really trying. The Nokia 8 has so many features you’ll like to have in, a new phone. It features screen display of 5.3 inches with a dual cameras set up of 13-megapixels on the back with another 13-megapixels on the front for a selfie.

The famous maker of mobile phones equipped this phone with an Octa-core Qualcomm Snapdragon 835 CPU with 3GB/4GB RAM and an inbuilt storage of 64GB expandable up to 256GB via MicroSD card. The Nokia 8 is selling at a price of 149,0000 Naira. (Buy Now & Save 24%) 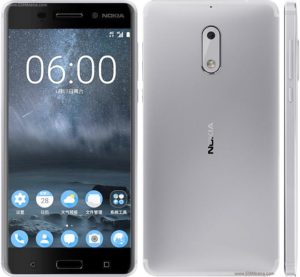 Nokia 6 is a mid-range smartphone from HMD Global Oy which secured a license to build a Nokia phone. The smartphone is built with impressive specs. It has a screen size of 5.5-inch IPS display with a 1.4GHz octa-core Qualcomm Snapdragon 430 CPU and 3GB/4GB RAM. The rear camera is 16MP which is even more than the one on Nokia 8.

The front shooter houses 8MP and all this camera set up, record-high video quality. The Nokia 6 also has a fingerprint scanner located on the front with a battery of 3000mAh. The price of Nokia 6 is 79,990 Naira in Nigeria. Just as you can see from the price, the phone is now budget friendly (Buy Nokia 6 Now). 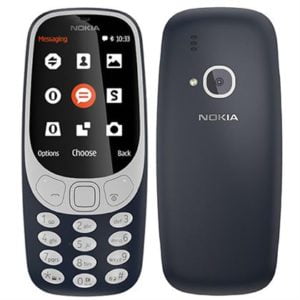 Nokia 3310 (2017) is the latest edition of the Nokia 3310 which is popularly referred to a simple phone. A mobile device to make and receive calls and texts messages. On the contrary, the makeover of Nokia 3310 has more to do than to receive and make calls. The phone is equipped with a bigger screen of 2.4-inch TFT display, pre-loaded with the time killer popular Snake game.

The mobile phone has a 2MP rear camera, 16MB with a slot to expand the storage up to 32GB SDcard and it supports internet connection, flashlight, and 1200 mAh Li-ion Removable Battery. The latest update even supports 4G network. Surprisingly, this mobile phone price is just 16,800 Naira only in Nigeria. (Buy Now). 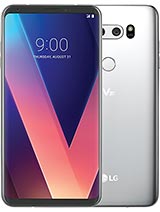 The LG V30 is a metal and glass covered in 6.0 inches with wonderful and exciting features. The LG V30 is so much popular because of it dual cameras on the back. The phone has 16MP + 13MP with an LED flash and then 5MP for a selfie. It has a battery of 3300mAh running on Android 7.0 Nougat.

The price of the LG V30 is what is still keeping people away from the phone. Trust Nigerians, when the price drop they will quickly rush the phone. It sells around 350,000 Naira. 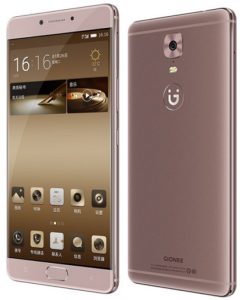 The Gionee M6 is a fleet premium smartphone that has a massive battery capacity of 5000mAh with a top-notch display of 5.5-inch AMOLED screen and a RAM of 4GB running on Octa-core MediaTek MT6755 Helio P10 processor.

The top selling point of this phone is the beautiful looks and flashy design that makes the device so popular to the extent that one of the top tech bloggers in Nigeria is using the phone. The price of Gionee M6 is 95,500 Naira in Nigeria on Jumia. (Buy Now). 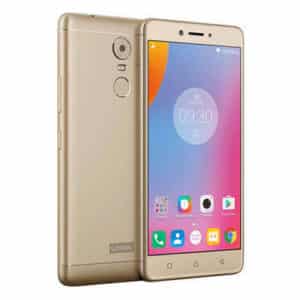 Lenovo K6 Note is one of the most popular budget mobile phones that has good features. The phone has a good camera of 16MP on the back while on the top of the screen is an 8MP camera for a selfie. The design is cool and space is average while the price is still affordable.

It has an inbuilt storage of 32GB and it supports 4G LTE network with a rear-mounted fingerprint scanner for security. The Lenovo K6 Note is selling at a price of 69,000 Naira in Nigeria. (Buy Now). 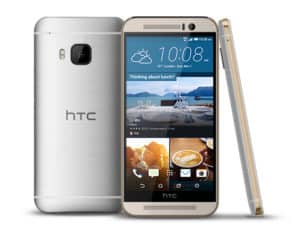 HTC One M9 is a powerful smartphone with beautifying design. Everything on this phone is just cool. The front speaker looks cool on the location and the Aluminum unibody design with rounded corners is what I find appealing the most on this flagship device.

Thankfully, the HTC One M9 runs on 2.0GHz quad-core & 1.5GHz quad-core Processors with 3GB RAM which will make the phone fast and will not lag when gaming. It has a 20MP rear camera with a 4MP front camera and they both record 4k video quality. The HTC One M9 is not that budget friendly. It cost 64,500 Naira in Nigeria. (Buy Now). 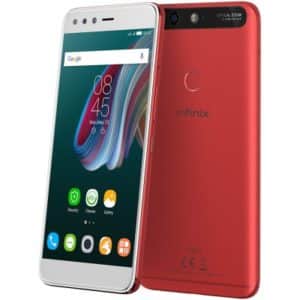 The infinix zero 5 is a bezel-less smartphone that packs a full-screen display with a dual rear camera of 12MP + 13MP and a sharpshooter of 16MP on the front. The phone is stylishly designed with metal while the curved edges feature diamond. Indeed this is an elegant device. When it comes to performance, the infinix Zero 5 will deliver with the help of 6GHz Octa-core MediaTek Helio P25 MT6753 CPU with 6GB RAM and Android 7.0 Nougat OS.

Everyone is desperate to feel this phone on their fingertips but, the price seems to be the only stumbling block to get this phone. The infinix zero 5 is the most expensive phone so far from infinix and some people are still wondering why they should spend such amount of money to buy a Chinese phone. Does it really worth it? They asked. The phone cost about 106,000 Naira in Nigeria. (Buy Now). 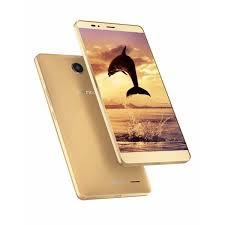 The smartphone has just the average features you will see in mid-range phones, nothing special on the phone except the branding. It has a 5.7-inch full-screen display with a Qualcomm Snapdragon 430 chipset and 3GB RAM which will make it a little bit faster on performance. The infinix Hot S3 is expected to sell at a price of 60,000 Naira in Nigeria. 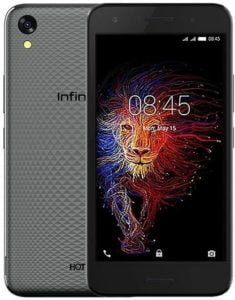 The infinix Hot 5 top the list because of the scarcity of the Hot 4 in the market. This phone is the successor of the infinix Hot 4 just as the name suggests. Though it does not have any features to merit its seniority. But, the design is portable and cool.

The infinix Hot 5 is more popular mostly because of its affordable price. Unlike the Hot 4 and Hot 4 pro, the Hot 5 is cheaper on the released date. Currently, the mobile phones sell at a price of 39,000 Naira in Nigeria. (Buy Now). 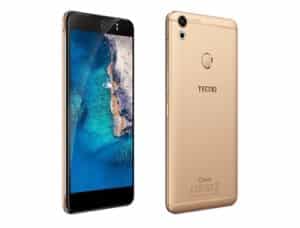 The Tecno camon CX became very popular after it was officially launched in Nigeria. The mobile phone has a 16MP rear camera and another 16MP front camera promising users a beautiful shot and solid performance with a MediaTek MT6750T CPU and 2GB RAM.

It has a battery capacity of 3200mAh and it supports 4G LTE network with a fingerprint scanner on the back. The Tecno camon CX sell at a price of 55,000 Naira. (Buy Now). 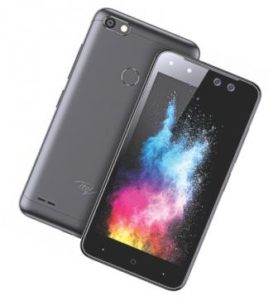 This set of mobile phones is a low budget device that comes with a dual front camera for a selfie. It has a screen size of 5.0 inch with a processor of 1.3GHz quad-core and 1GB of RAM. The popularity of this phone is not base on performance but on price because you hardly see a phone on this category with a dual front camera and a fingerprint scanner.

These are all the top popular mobile phones in Nigeria for now. Which one are you currently using now and which one will you like to get in the future. We will love to hear from you.