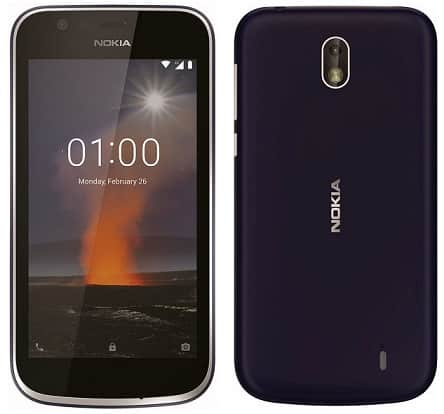 Nokia 1 is the least of the entry-level smartphone that was released at the MWC 2018 by HMD. This smartphone pays more attention to simplicity and it’s budget-friendly coming preloaded with an Android 8.0 Oreo Go edition with 1GB of RAM. If your budget is tight this phone may be all that you need to seamlessly run the internet and chat on social media without lagging. 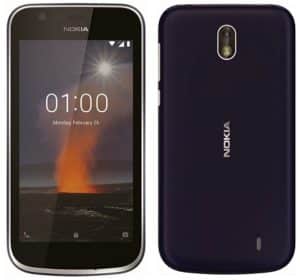 As a budget smartphone, the maker of Nokia 1 pays less attention to crafting and design as this phone is made of plastic that looks more smooth and durable at the same time. The panels is removable as well as the inbuilt battery which is rarely this days. On the screen it’s short with a visible bezels that has a screen display of 4.5 inches with a density of 218ppi.

The rear camera has a 5-Megapixels on the back along with an LED flash and other features on board. For selfie, the Nokia 1 has a front facing camera of 2-Megapixels. The camera is not that great but it will snap cool photos and good selfie as well because the image dimensions are quite impressive. On the storage, the Nokia 1 has 8GB of inbuilt storage that you can also expand up to 128GB using a memory card. 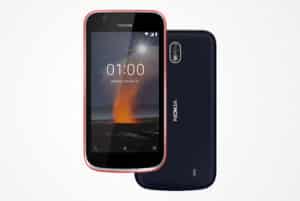 With a capable Quad-core MediaTek MT6737M that clocks at 1.1GHz and a back up of 1GB of RAM, the Nokia 1 will give a solid performance to an average phone user’s but not to gamers. It has Android 8.0 (Go edition) rendering services with a power supplied by 2150mAh Li-Ion battery. Good news, this smartphone support 4G network with a Bluetooth, WiFi and micro USB 2.0.

The Nokia 1 is now available in online store like Jumia and it’s selling at price of 30,000 Naira in Nigeria depending on your location in the country.