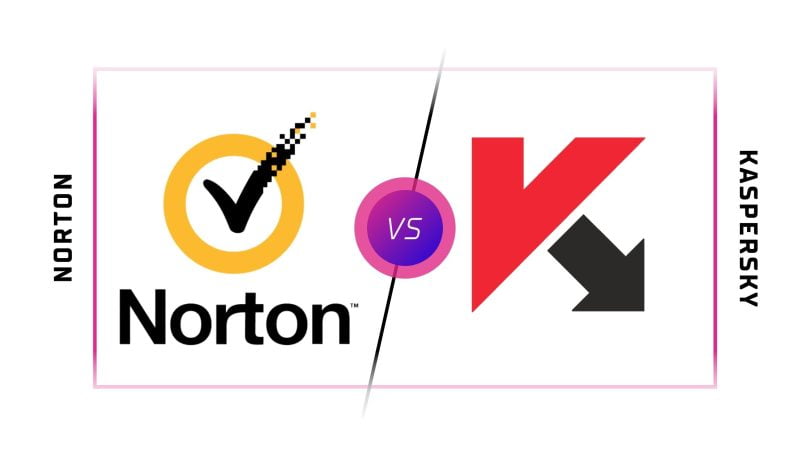 As the day goes by, the processes involved in protecting your computer against malwares and dangers becomes more challenging. Antiviruses are integral tools in the computer.

Kaspersky and Norton are two of the most popular and efficient antivirus softwares.
They can both be regarded as no-nonsense threat detectors. They snuff out dangers with minimum fuss and they strive to protect data and other vital files in the computer.
Users are usually perplexed on which of the two antivirus software is better.
In this article, we shall review the two softwares and analyse which of them is better. Indices will be deduced from expert tests and research about the two softwares. We shall consider the results in areas such as performance, system impact, cost and features. We shall review the two softwares to ascertain how they compare with others with regards to the key functionalities.
From these assessments, users would be able to know which of the softwares is best fit for their system. 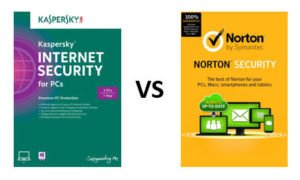 Norton vs Kaspersky Antivirus: Overview of how they compare

Both Norton and Kaspersky antiviruses gives room for users to test run the softwares by offering free trial versions. The trial versions for the two tools are very effective and efficient. The trial version lasts for just 30 days and they offer virtually the same functionalities as the full paid version.

When it comes to system protection, Norton is widely regarded by many users as colossus in sniffing out of malware threats. It is embedded with a multiplicity of complementary tools. Norton offers enormous protection against phishing.
Results from Av-comparative test shows that Norton is 99% efficient in sniffing out danger. It offers an all round protection for URLs and proactively identifies malicious sites via their URLs.
Norton provides other system protection features. The spam filtering functionality assists in identifying and blocking spam emails. It offers in depth protection for all incoming and outgoing mails. Not just for emails, Norton offers great control for all incoming and outgoing connections. The firewall feature is available for virtually all the Norton software packages except the Basic package.
Password and other login details in the computer are well protected via the password protection feature. This goes a long way in preventing online theft of data and information of the user. The time duration for a complete scanning of the system is about 75 minutes.

Kaspersky is widely rated by many top experts as one of the top softwares for system protection. A juxtaposition of Kaspersky system protection with other top softwares on AV-comparatives shows that Kaspersky is efficient. It has the highest rating on AV-comparatives and is very consistent and accurate. The only low down for Kaspersky is that it has a below-average performance in detecting URLs that are harmful.
Results from AV-TEST and AV-comparatives real world test shows that Norton performs better in URLs malware detection and blocking.
Meanwhile, Norton performs better in anti-phishing protection. The firewall feature in Kaspersky offers massive protection and firewall defence. Meanwhile, this feature is not available in all packages, but in two out of the three packages. Kaspersky also performs better than Norton in terms of speed of scanning. Full scanning in Kaspersky lasts about 25 minutes and 5 minutes for the follow-up scan.

Impact on the system

Kaspersky and Norton are well designed to operate with little effort of the user. That are both simplified in nature. Kaspersky and Norton can all operate at the background while the user is still working on other things. Scheduling of scans can be regulated and automated via the settings. These settings can as well be adjusted by the user. All top antivirus softwares have significant impact on the computers but these impacts can be detrimental if the system is slowed down by the software. Norton has a more emphatic impact on the system than Kaspersky. Computers with Norton are slower than computers with Kaspersky.

The user interface is very important indicator of acceptability by users. Most users are not tech savvy. Hence, antiviruses should have a simplified and user friendly interface. Both the Norton and Kaspersky are user friendly. Users can easily navigate through each of the tabs. The installation processes are also very straight forward and simplified.

As we know, the security and protection of data is very important, the two software’s have identified this and they both offer massive protection features.
The identity protection feature offered by Norton assists in auto-fill identity security via the password manager. The toolbar and the Norton safe web also works to block and unsafe and insecure websites by scanning. This protects against lost of private data. The file shredder feature is very functional in this aspect.

Kaspersky offers a more advanced system security feature. The password manager has a keylogger as an on-screen file set up to guard against keyloging and identity theft. This is available me in all the packages. Kaspersky also offers the VPN which allows a safe and private internet browsing.

Both Norton and Kaspersky offers arrays of varieties that can be used on more than 5 devices.

The two softwares offers excellent backup functionality and encryption. Norton is a little step ahead in this regards as it offers a cloud storage system. 25gb of storage space is provided for file backups.

Norton is pocket friendly. It offers varieties of packages ranging from $19.99 for basic package to $59.99 for the premium package. The standard and the deluxe packages cost $33.99 and $44.99 respectively. Their free trial version lasts for 30 days.

On the other hand, Kaspersky also offers a free 30- days trial version for her total security and trial security versions. The price offered by Kaspersky is dependent on the number of devices. Users can get the basic package at costs ranging from 29.00 to $143.95.
With cost between $59.99 and $149.99, users can comfortably get the premium security package while the cost of the total security package is between $79.95 and $229.95.
Kaspersky pricing and that of Norton all come with a 30-days money back guarantee for users.

Wrapping up the summary: Which is better?

The two softwares are high ranking antivirus tools. They are both excellent in snuffing out malwares and other related dangers. Based on the review, Norton seems to be a shoulder higher than Kaspersky. The two-way firewall, protection, AV-test result as well as the pricing sets Norton on a better footing. More so, it is more pocket and user friendly than kaspersky.