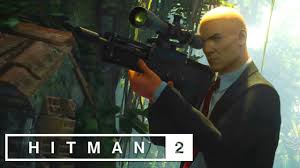 This article features an intricate mix of action, adventure and horrific PS4 games coming soon to your game console.

A wide range of upcoming PS4 games all for your pleasure, more have been released at the beginning of the year 2018. However, we have selected a list of 20 best upcoming PS4 games that are coming soon. We believe they will definitely hold your interest. These games range from the fully horrific adventure to the simple mysteries and yet the goofy games derived from cartoonish characters. 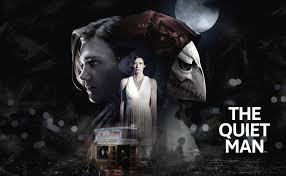 The Quiet Man is an action adventure based game which features a cinematic storyline. It was produced by the Square Enix. It blends high-production live action with a realistic scene to deliver an interactive gameplay set up.

The new Assassin’s Creed brings to light a new Hero Ratohnhakéton, of Native American and English heritage. The scene is set to the American Revolution in the 18th Century.  The new Hero adopts a name Connor and takes on the voice for justice in an ancient war between the Assassins and Templars.  Players will have to become Assassins to help fight in the ongoing war. The picturesque scene features colonial towns and a host of realistic battlefields where wars are fought by the British Army and the Continental Army by George Washington clash. 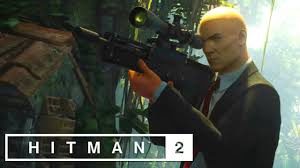 This lovely game features the Hitman incarnation, more like a second season to the latest Hitman. In the same scene as the previous setup, Agent 47 is set loose in a large densely populated area and tasks are given to him. Disguises are only available in certain areas and weapons are kept at a limit. This game features six levels in total and you will launch all at the same time, so it doesn’t follow the episode-like scene of the last game.  There is a multiplayer-sniper challenge bundled within this version which will be released at the same time. 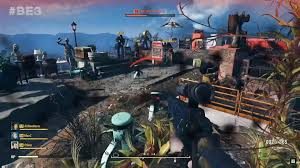 The Fallout 76 features a map four times the size of a Fallout 4. It is also a shared world RPG so you may interact with friends as well as strangers through to create your world. The settlement building has been improved a lot from the setting in the previous game. There is a new feature called the CAMP system which allows you to customize settlements anywhere in the game. There are new quests and many more locations as well but the main idea is to interact with many other real people, team up and finish tasks together.

The Battlefield 5 does not depict the average setup witnessed in the last release. However the scene looks the same but there will be more features such as the single player, co-op and multiplayer modes in this game. Every aspect will off course be governed by the Tides of War. In addition, there is a new hot mode called the Grand operations where players are required to fight a multiplayer battle set up which will take about four days (in-game days) and the last match called the Last Man Standing Match will feature the last team claiming their precious win. The Battlefield 5 is an excellent upcoming game to look out for, it will feature a lot of guns, vehicles, quad play, customization and many more. 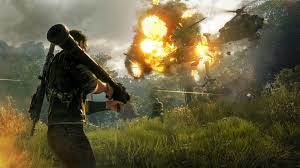 The Just Cause 4 will feature the Ageing Hero Rico Rodriguez within the scene. He will be shooting up the world in four completely different biomes. There are more natural disasters to contend with ranging from tornadoes to sandstorm and there will be upgraded grappling hooks which will allow Rico interact with vehicles and other objects in a lot more fun ways. 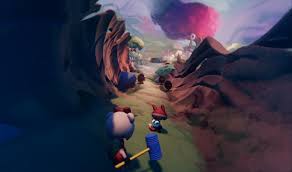 The Dreams game is yet another PS4 games coming soon to look out for.  It gives players a whole new set of tools to make their own video games, visual stories and short movies, everything to fulfil your imagination in a realistic but cartoonish setting 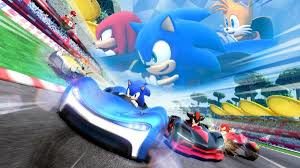 When you love the bright colours and cartoon characters, this is the ps4 game coming soon to be ready for. In this game, the kart racer Sonic the Hedgehog and his buddies will race across different race tracks. There are about 15 playable characters in the game, a wide expanse of kart racing mode and lots of item pickups. 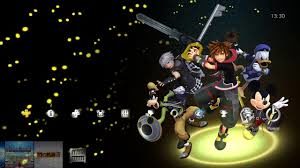 The Kingdom Hearts 3 is a follow up of the Square Enix RPG alongside Disney. The Kingdom Hearts 3  will feature the likes of Sora, Goofy, Donald, Woody and Buzz from the Mickey Mouse Playhouse alongside many lovely features. Those who completed the Kingdom Hears 2.8 will join the Hercules real as the first stop. The graphics are so much better than what you do remember but the sounds, gameplay and controls are the same.  The storyline features the gang teaming up to investigate and fight the heartless-sparked disturbance at the Galaxy Toys, which is a three-story emporium. 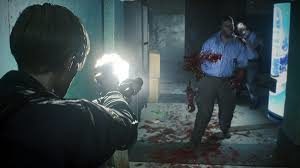 The Resident Evil 2 remake is a complete remake from the 1998 horror classic. It will feature a wide range of puzzles, environments and new gameplay. However, it is quite similar to the original game due to some familiar spaces and events. However, there are new ways to shoot pieces off zombies and off course Leon Kennedy will the action hero fighting off zombies. 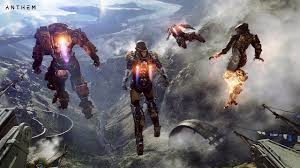 The Anthem is features beautiful, exotic forests with lots of things to shoot at. In this game, the player will act as a freelancer, who will venture beyond the civilization’s last hope to fight off a lot of things. The player will fly around the planet in an exosuit which in this game is called the Javelin. In addition, players can alternate combat and playstyles to suit their preferences. 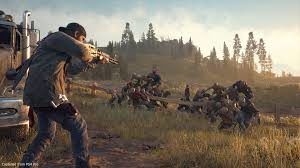 Days Gone is an interactive screenplay which features a post-apocalyptic setting. In this game, the player is to wear the shoes of the Deacon St John and live on the end of the World within a dangerous open road. The Player will have to fight off the swarm of infected humans called the Freakers. The Ammos available includes a machine gun or grenade, however, your ammo will not be enough and so you will have to find creative ways to outrun the Freakers. 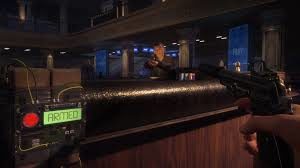 The Blood and truth game app is another PS4 games coming soon that you should be on the lookout. If you have seen the London heist, then you know what to expect in this game. It, however, is the full version. There are plenty more shoot-outs, cigar-waving and van driving. There is even a lot of criminal underground activities and plenary more gameplay to keep you completely engaged. 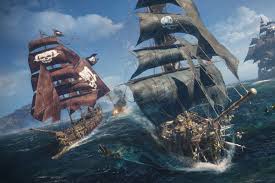 This is yet another PS4 games coming soon that is so exciting. If you do remember the naval combat sections of the Assasin’s Creed Black Flag, then you know what is in store for you. However, the stabby hooded free running is not inclusive. There are a lot of floating adventures (Edward Kenway style) with big boats and a multiplayer mode that lets you challenge your friends who have lootable ships and steal their gold. 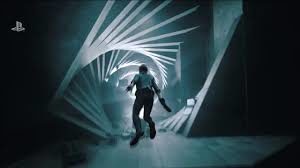 This is yet another action-packed PS4 games coming soon. In this gameplay, you are required to become the Jesse Faden, a director of the Federal Bureau of control who is responsible for taking care of every supernatural event in the US. Your headquarters is called the Oldest House and you will have to combine gunplay and psychic powers to defeat enemies in different scenarios using different weapons. 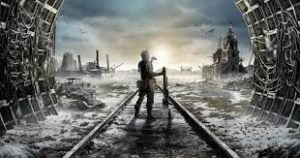 The Metro Exodus game console is another interactive PS4 games coming soon. In this game, you are required to return to the apocalyptic wasteland of Russia which means scare resources, mutated rodents and many more. The landscape is colourful and interactive and you can see all of it through the train rumbling down the tracks as you will be sent to retrieve supplies. 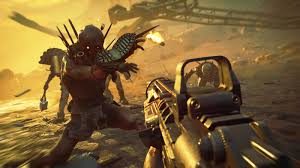 In the Rage 2, you will have to shoot off an enormous army of mutant enemies. There are a lot of boss-like monsters, wide expanse of vehicles for you and large weaponry to try out. However, all action will take place in an open and chaotic landscape. It is an exciting miss of shooting and action ps4 game coming soon. 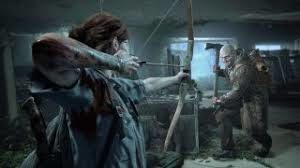 Although the Last of US 2 has not been fully revealed. It is meant to be a sequel from the Naughty Dog to the move the Last of US. It will feature intense horrific battles with fungi infected zombies. You are to take on brutal violence with attempts to survive the encroachment of zombies in the post-apocalyptic world. 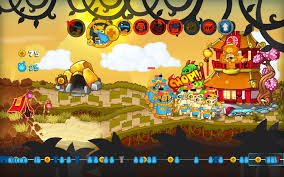 This is also one of the top PS4 games coming soon. In this gameplay, you are to command your troops against all fiendish foes, build structures and make incredible creative strategies to battle enemies on fronts using the Wii U GamePad touch controls. Once each war begins, there will be a chaotic mix of exploding barrels and flying axes all in a cartoonish scenery. 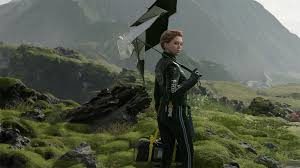 The Death Stranding also heralds as one of the top PS4 games coming soon, although we are not yet certain about the release date. However, it will feature Norman Reedus and Kojima teaming up to solve a lot of mysteries. There will be a wide range of features as well as invisible creatures, beached whales and Babies.

And there you have it, some of the best PS4 games coming soon to your game consoles. Sit back and get ready to enjoy a wide expanse of the new PS4 games just for you.