In this article, we have compiled a list of 5 of the best free and paid screen video recording Software for Windows 10. We hope that our analysis will help you to make a good choice. Let us begin right away.

Flashback Express created by Blueberry Software is the first in this list of the screen video recorder applications. This software is the free version of a paid application called Flashback Pro. With this, you can use it to record screen, webcam, and sounds.

It is flexible and you can use it to schedule a screen recording task or make it start when a particular software launches. Also, you can use it to record on multiple screens or on a single monitor. It depends on the number of screens you are running the software. Flashback Express does not add watermarks to videos or set time limits for your recording.

The free and the Pro have the same recording capability but the free version does not have video editing features, annotations, or effects.

Icecream Screen Recorder developed by Icecream Apps has essential video editing features and it is in the list of the screen video recorder. It has both paid and free software. Also, the paid version can only trim the start and end of a recording. Though this is a limitation, this output will be enough if all you need is a plain screencast.

Besides, the free version limits recording time to 5 minutes and lets you have one video output format (WEBM) and video codec (VP8)

However, the paid program gives you multiple video output formats like AVI, MP4, and MOV as well as H.264 and MPEG-4 codecs.

OBS Studio is another screen video recorder, for recording videos and lifestreaming that does not limit your time or add watermark to a video output. Gamers use this software to broadcast live footage of their game-play.

When you use the OBS studio you are able to record the whole display or a window and also use a webcam and microphone. The software allows you to create layered videos for webcam and lets you choose the desktop applications and audio sources you want to share.

Although OBS Studio is a resourceful tool for screen recording, it does not have a video editor. That means you must use another tool if you want to edit the video you have recorded. You should also note that OBS Studio is an open-source program. So make sure you download the software only from the official website.

ActivePresenter by Atomi Systems is a screen video recorder and video editor and that is why we added it to our list. YouTubers, video producers, educators, and trainers love this software because they use to make video demos, how-to videos, and step-by-step tutorials.

In addition, ActivePresenter is a complete screen recorder and video editor and it also has both free and paid versions.

The free version does not have a watermark or time restriction when you record. And after you finish recording you can trim, cut, split your recording, change the speed and volume, add closed captions, annotations, animations, and so on.

You can buy the paid version, to have more advanced audio and video editing features for making impressive videos and software simulations.

In addition, Camtasia 2018 version has a catalog of video editing assets like intros that you can customize and lower thirds. It also has many themes that you can use to have a constant look and feel across several videos.

There is also a free trial for users but your production will have a watermark.

In this post, we have bought you the screen video recorder software that you can use to not only record the screen, but some have editors for creating professional videos that you can share in social media. This is not all-inclusive as we have brought you 5 top list of screen video recording software for Windows 10. You can try any of them and share your user experience here. 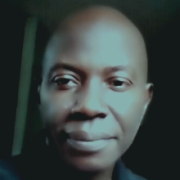 How To Get Funimation Free Trial