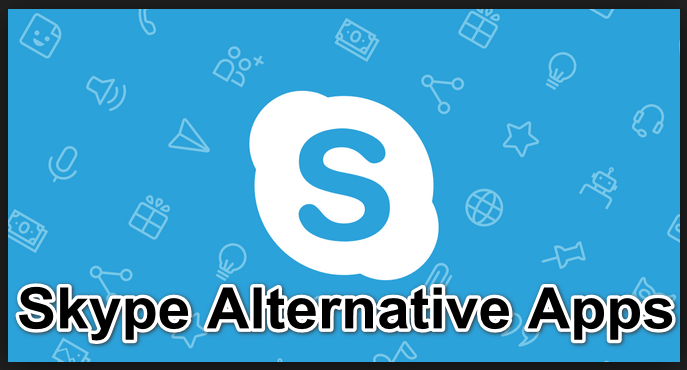 If you know of Skype, you would know that Skype is the leader of a combination of live video calling, voice and messaging. But if you have already acquired this app and you are tired of it and would like to go further to know the best Skype alternatives there are, read through this article because I will be listing the top apps for you to download.

With little effort to improve and make Skype easy for users, a lot of other companies took these little ideas to note and go ahead of their own way to make and create their own video apps. A lot of people might think of these apps as a comparison to Skype but they are not. You need to make no mistake that there are other apps that are better than Skype because they are still the leader in the field.

This is one of the efficient and amazing apps that come first as a great substitute for Skype. Viber is one of those apps that are eager to say that they share similar features and characteristics to their leaders, but to use this app you would have to register using a phone number. Apart from being available on Android and iOS and the first alternative app to Skype, there is a limit to the number of video files you can send to a person. Easily using it for messaging alongside video calls and voice calls.

Whatsapp messenger is one of the other Skype alternative apps that not only lets you video call people but also lets you switch from video calls to voice calls. This app is available for all operating systems ranging from Android to iOS, allowing you to engage in voice and video calls endlessly and giving you the ability to all your data information to your drive and the cloud.

Finding Skype alternative apps are not all that hard if you search well for its counterparts, like Talky, this app a very amazing and it provides you with the same video and audio call options. The features of this app allow you to create a group chat, and makes you password protect them, it also allows video calling capability of up to 15 people. Downloading this app is not all that hard as you can get it on Android and iOS.

This app also allows you video and audio call people, belonging to the business giants Amazon and if you know Amazon you would know that everything is business oriented with them. As this app is not free but they can allow you can get it for a 30 day trial period if you would still like to get it. It is available for both Android and iOS, it has a lot of features though. Featuring a web client for immediate communication, it syncs your data information automatically allowing you to switch to any device you want at any time.

Apart from being one of the Skype alternative apps, it is a general knowledge to most people knowing it belongs to Google. Meaning that you can sign up absolutely free with no hidden charges, but you would have to own or have a Gmail account to start with this app. It is opening for Android and iOS users, allowing them to open a Group chat featuring 150 members, video chat with almost 10 people and saves you date information.

GoToMeeting has been known by most to be the best video calling app after Skype, but it is also not free. You get to pay for it after a 30-day free trial. Allowing features up to 25 members video chat endlessly in HD quality. Readily available for people using Android or iOS devices, it is easy and simple to access.

Another of Skype alternative apps that allow you to create and join using either your email or your mobile number. It has wide-range compatibility, assortments of GIFs, letting you search for words you text to people you cannot remember and more. It is also available for all operating systems from Android to iOS pertaining to your choice.

If you are not already used to the aforementioned apps, the alternative app like Skype on this list is VSee. This app has a very strong connection using a low bandwidth so you can access it using any of your 3G, 4G or your Wi-Fi networks also accessible to Android and iOS users.

Cisco WebEx lets you video call using either your Android or iOS devices, it is highly and mainly used for conference meetings. Allowing HD quality video and audio output this app presents single click screen sharing, or a mouse and keyboard control sharing.

The final app on this list of Skype alternative apps is Voca. Voca too is easy to get on Android and iOS, this app lets you connect with people from different locations on a vast range. It is privacy protected allowing you to receive and send fully encrypted messages if you want to send messages. With this app giving, easy-to-use interface and high-quality audio and video calls, a high level of security that makes it really efficient and secure for its users.