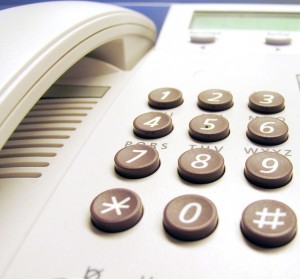 For the sake of clarity and understanding, I would like to start this article with the meaning of CDMA. It is an acronym of  Code Division Multiple Access, is a channel access method used by various radio communication technologies. It’s where several transmitters can send information simultaneously over a single communication channel.

For those of us that are familiar with Nigerian Telecommunications operators before the inception of Global System Mobile (GSM) communication, we remembered telecommunications like Reltel, Inter-Cellular, Multi-links, Mobitel, Starcomms are good examples of CDMA.

What is happening to CDMA operators in Nigeria? Do I say it is a battle of the survival of the fittest? Let’s say I’m not far from the truth. They came, they saw happenings in the telecommunication sector, almost conquered then another conqueror came from the blues and snatched the glory from them.

What have been happening to CDMA? It seems to be a tale of struggle for existence since the entry of GSM operators in 2001. In fact, their situation has kept growing from bad to worse, while many are already forecasting a worst scenario. From about 10 operators in the early year of mobile telecoms in the country, only 4 managed to survive while others are either dead or trying to come out of the sinking ground in the sector.

Zoom mobile formally known as Reltel Wireless most of the most nation’s CDMA operators eventually succumbed to the sinking ground lingering crisis, largely bought out by loses and huge debts, and eventually shutting down its switches nation-wide. The CDMA situation is in clear contrast with what obtains in the GSM segment, where even the latest entrant can boast of subscribers well above the total subscriber base of the four CDMA operators.

The same problem led Multi-Links to sell to Helios. After months of litigations on what to do with Nigeria subsidiary Multi-Links, a South African telecommunication giant Telkom finally decided to sell the company to Helios Towers Nigeria, a company that at 2012 secure a court ruling annulling the earlier sale of Multi-Links Wireless Business to Visafone Nigeria Limited.

For a clear surviving chance, from total service line of 95 Million active lines as at November 2011, GSM lines were put at 89.8 Million while CDMA has just 4.7 Million active lines. The statistical figure was against the 5.5 Million they had in the same time of the previous year (2010), meaning that the declining fortune of CDMA operators linger on. CDMA operators are also losing funds as they drop in subscribers represents a loss of an estimate 10 Billion in revenue that could have incurred to the network during the period under review. Note this figure was summoned using the average revenue per user (ARPU), which is pegged at 1000 in Nigeria by some Telecoms industry experts.

What went wrong with CDMA Networks?

According to my deep research, one of the affected operators said “for the operators, a great limitation has been put on their business from the start with the Nigeria Government Licensing Policy”, which initially give the operators the major problem to the sub sector’s growth. The competitive environment and the difficult terrain in the country made it possible for co-location in the beginning. Thus CDMA operators have to build and maintain their infrastructures across Nigeria.

This emphatically is one the major element preventing the Nigeria CDMA operators is their network spread. Most of them were located in a few major cities, and for them to extend their services to other cities and towns, they need to go back to the regulators for additional spectrum. Hmm! This is obviously a major factor. Secondly, the CDMA operators did not have national roaming and it was not until 2006 when Unified Access Service License (UASL) came that they were able to expand their services more. Meanwhile, their counterparts in the GSM service from day one were roaming nationally without any limitations. The guidelines on their licensing were a bottleneck; this hampered their spread.

Almost all the CDMA operators were local promoters with no international investors and technical partners involved in the operation and management of their service. All they did was get international vendor to come and deploy the network and look for vendors that could offer low cost of equipment. The founders of the networks were mostly former Nitel staffs who brought in retired military officers and other business men invested in exploring and uncharted territory. This was actually a serious problem to the sub sector.

Another major blow is the absence of foreign investments, this added to the challenges CDMA operators had to face. While the GSM counterpart service providers like Globacom, Airtel, MTN and Etisalat easily attracted vendor equipment financing and international financial power brokers because of their various size and international connections. However, the pack business model, limited network capacity and technology utilization of CDMA worked against them.

In subsequent edition of this publication, I’ll be unveiling the loses and the gain over the period of operation, those that are out of the market and the ones that are still striving to survive in this era of competitive market. This research is currently ongoing and it will be published soon.