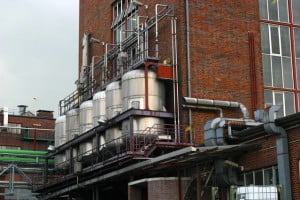 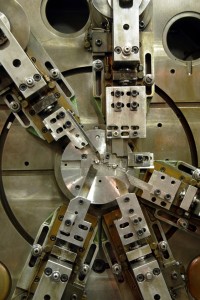 Present day Nigeria is regarded as an underdeveloped Nation. This is an unfortunate reality, but it cannot be denied. If a gathering of G-20 nations is to be held based on merit, we would scarcely come close to making such list. The reason isn’t far fetched either: we lack sustainable industrial development. So how do we begin the journey in pursuit of redemption? Gaining knowledge would be a good place to start.

Industrial Development here means a country’s scale of industrial activities. It is how well a nation harnesses its capacity to produce goods and services exportable beyond its shores. Clearly this involves process implementation, sustainability among other things. Industrial Development would mean how effectively and efficiently a country can transform its raw material into finished good on a sustainable scale. This clearly is impossible without the right technology. In this vein, we could almost spell out that Nigeria is Industrially Underdeveloped because she is technologically deficient.

A number of performance indices govern the Industry of a nation, and how developed it is. However, we would examine but a few.

It is one thing to generate energy to drive industrialization, and another to sustain it via efficiency. Clearly, our major problem lies with the efficient use of energy when it’s generated. The use of Computer Aided Processes and Designs is a way technology can remedy an almost hopeless situation. No human can efficiently monitor the dynamic outputs generated from a power station without the use of computers of various kinds. Hence, total computerization, in line with taking up optimum technology, would be needed at generation, transmission and distribution stations. With this in place, our industry would experience a sharp growth in no time.

Many industries, both services and manufacturing, still utilize obsolete processes during production. Advancement in technological applications has long left them behind. Just as Henry Ford’s assembly-line was a breakthrough technology in its time; so is Nano-technology and Green-technology in this time. The faster Nigerian industries adopt these technologies, the quicker our goods and services would garner global acceptance.

The World Wide Web has drastically made the world a global village today. Although now a cliche, this popular saying holds more truth today than it did yesterday. Effective communication with the use of technology makes it possible for may Tech companies in Silicon Valley to design in one country and produce in another. Adopting the technologies that support this phenomenon would greatly advance our industrial development in present day Nigeria. No longer would we be overly reliant on a local market when we can expand our market frontiers. In this age of 3D printing, localizing industry is nothing short of comical.

The strength of a country’s R and D is a good pointer to its industrial development. Invariably countries like Germany, the United States of America, Japan, among others, thrive on sound R and D. Consequently, these countries happen to be vast in technological development, which drives their industries. Technological development stems from and drives R and D. Conducting research on consumer products requires that an effective communication feedback exists between industry and consumer. Through this communication chain, industry researchers tend to know what their customers want. No communication mechanism can be effective without the involvement of ICT. This technology helps facilitates the process whereby the customer is involved in the product development process every step of the way. This modern day approach to R and D would most certainly augur well for Nigerian’s industrial development.