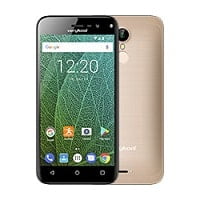 In line with other cool and affordable smartphones is the Verykool S5031 Bolt Turbo. This phone is looking simple and portable with a hand full of features that will keep you busy. It has a 16GB of ROM with 2GB of RAM.

If you are familiar with Verkool smartphones you will notice that there is nothing extraordinary on this phone. It’s the same design and looks. The Verykool S5031 Bolt Turbo has a little change on the front design with the branded logo that is shifted above the screen but the bezels are still there and on the panel is a fingerprint reader, a camera, and an LED flasher. It has a screen display of 5.0 inch with a resolution of 854 X 480 pixels with a pixel density of 196 PPI.

The Verykool S5031 Bolt Turbo still maintain the 8-Megapixels snapper you will find in most of its regular budget smartphones with another 8-Megapixels on the front for a selfie. Both the back and front camera has an LED flash so you can easily take a shot anywhere even a selfie in a dark background. The inbuilt storage is 16GB with support for micro SD card up to 32GB. 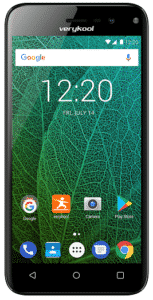 With an operating system of Android 7.0 Nougat and a processor of MediaTek MT6580A chipset running at 1.3GHz with 2GB of RAM everything will not be smooth as expected but at least you will get a fair share in the performance and the graphic and navigation will be good with the Mali-400 MP2 GPU processing it There is a battery capacity of 2000mAh that will power the phone and you will also get a 3G connectivity alongside a Bluetooth and wifi.

The Verykool S5031 Bolt Turbo is now available for sale and it goes at a price of 30,000 Naira to 39,000 Naira in Nigeria depending on your location.