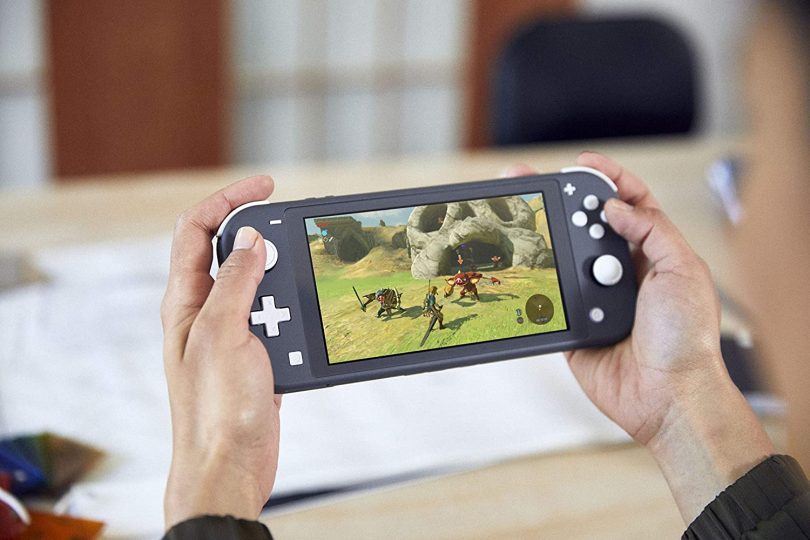 Though launched less than two years ago, the Nintendo Switch Lite has become very popular with gamers in a very short span of time. This handheld game console, which is manufactured by Nintendo, owes a part of the popularity to the fact that it is a budget-friendly device. There are a few other factors that make this game console a good investment for gamers. It features many of the popular games that you come across in the original Nintendo Switch. While the console was launched only in three colors (yellow, turquoise and grey.), it is available in the market in as many as five different colors today.

Here are some of the most interesting games you can play on Nintendo Switch Lite:

The Super Smash Bros game has existed for decades. Super Smash Bros. Ultimate on Nintendo Switch Lite helps you take a walk down the memory lane as it features most of the characters that one had come across in the various versions of the game. If you are somebody who gets drawn to a game based on the characters it features, there are at least a few characters (out of the innumerable characters the game has) you will warm up to while playing this game. It has been often referred to as the ‘ultimate fighting game’. You have to pick a fighter, bash up your opponent and win the game. It is a simple game that is a lot of fun to play.

Pokemon is a brand that has existed for more than two decades. With animated shows and live-action films being made on it, the brand has become more and more popular with time. Twenty years back, ten-year-old children adored it and now, in the present times, it continues to be as relevant among children as before. The Pokemon Sword and Shield game on Nintendo Switch Lite has all the elements that would keep fans of the franchise and those who are discovering it for the first time equally engaged. In the game, you are introduced to the Galar region which boasts of architecture and other structural designs similar to the kind you would come across in the United Kingdom. The game is based on a well-designed plot that makes you put together a team, train it, try and defeat the evil characters and become the new Pokemon league champion.

The Legend of Zelda: Breath of the Wild

Many publications and game reviewers have referred to The Legend of Zelda: Breath of the Wild as one of the finest video games made ever. So, what makes this game tick with gamers and serious critics alike? The game features a protagonist named Link who has been in a deep slumber for 100 years. Once he wakes up, his mission is to explore a vast kingdom and prevent the antagonist Calamity Ganon from destroying it. The game has many interesting twists and turns that will keep you thoroughly engaged. This particular version of the game will be liked by those who prefer playing games that offer players more freedom to explore the landscape of the game without sticking to rigid rules or restrictions.

Nintendo deserves credit for taking measures to bring about improvement in some of the games it features on its consoles. The Mario Kart 8 is one such game. A lot of older gamers might have played this game on devices like Nintendo Wii when they were growing up. The game has a lot of nostalgic value and perhaps that’s the reason why it finds a lot of favor among young and older gamers alike. What also makes this very popular is the fact that it is a relatively easy game to learn or understand. The other versions of this game that you would come across are slightly more complex. Some of the features in this game have been designed to help new players navigate their way through the game and avoid the possibility of losing their way or doing things that could make them lose points. This game works very well for children and also for those who wish to play it with a bunch of friends.

Serious gamers look at a game with a sense of competition. For them, winning or scoring a certain number of points is very important. However, there are a lot of people who play a game just to unwind after a hard day at school or work. They seek to relax by playing a game. Such people do not look for complex games. If you are one such person, you might enjoy playing this silly but fun game. Despite the absurdity in the game, the premise is quite interesting. In the game, there is a goose who is creating quite a bit of trouble in a small, peaceful village. And, guess who the goose is? It’s you, the one who is playing this game! You have to play the game as this goose, create trouble in the village, steal and destroy things and do practically anything that comes to your mind.

Many of us have fond memories of discovering and playing a variant of this game on GameCube. Nintendo Switch Lite presents gamers with an upgraded version of this game that will remind them about the earlier versions of the game but also throw up a bunch of surprises that will get them further interested in the game. Those who have not been introduced to the earlier versions of the game will also find it equally compelling. The plot of the game goes like this: Luigi, the protagonist, goes on a vacation and finds himself in a hotel that has ghosts moving all around. These ghosts have kidnapped Luigi’s friends and now he must navigate his way through the seventeen floors of the hotel (guarded by ghosts, no less) to find his friends and save them. If you wish to move forward in the game, you have to solve the many puzzles that come your way.

BioShock: The Collection is widely renowned for bringing three of the best single-player shooters of the last several decades in one game. If you look up this game on the internet, you will come across several elaborate articles discussing the different philosophies and profound ideas this game deals with. Interestingly, this sci-fi game boasts of locations that are futuristic but have an old-world charm to them at the same time. The game is a visual splendor that takes you through locations that will take your breath away. From cities featuring some mind-boggling architecture to underwater escapades, this game throws up ‘visual surprises’ quite frequently. But, be careful. Some of the visuals that excite you endlessly might also prove to be nightmares for you. This particular collection also has DLC chapters, some of which are even more intriguing than the full-length game itself.

A lot of gamers have believed that the difference between the much-criticized Assassin’s Creed IIIand its prequel Assassin’s Creed IV: Black Flag are huge. However, there are many who have studied both the games very closely and believe the difference in quality between the two games is not as big as it is often made out to be. The Black Flag, arguably, is a much better game that gives the gamers a more holistic open-world experience by making them navigate through difficult terrains, patchy islands and the high seas. The Nintendo Switch Lite features a more advanced version of the game and that is one of the reasons why playing the game on this console is exciting. The Rebel Collection also features Assassin’s Creed Rogue as a well-designed bonus game.

If you are fine with an excessive amount of blood and gore in a game, then Bloodroots is something you might want to try out. This game is also for those who want a break from action games featuring sleek locations, expensive cars and high-end architectural structures. The setting of this game is similar to that of a ‘Western’ action movie. In this game, all the action happens across rustic, sparsely populated areas. You do get weapons to fight but they are very different from the kind you come across in a modern game set in the present times. Instead of machine guns and missiles, you have to manage with sharp objects that you find lying around. Also, there is a high chance of these weapons breaking up after a moderately intense fight. You must have the presence of mind to find replacements for them. And, find them quickly! Apart from swords and axes, you will also get weapons like harpoon guns and wagon wheels.