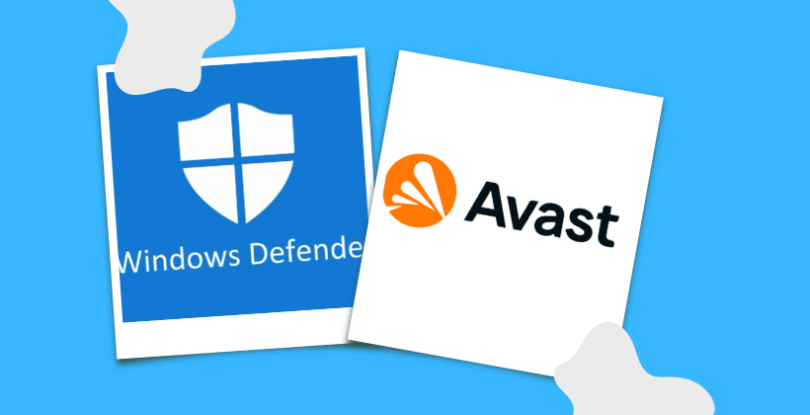 Windows defender and Avast are among the most windows defender vs Avast: Product comparison popular antiviruses. They shield the system flawlessly and efficiently. It is always of great concern to the users on which of the two software is the best. Which of them should be chosen to protect windows 10 PC? Windows defender or Avast?

This write up shall highlight a full comparison between these two antivirus softwares, their performances, their features, system requirements and their pricing shall be compared and contrasted.

Windows defender vs Avast: About the two softwares

In windows operating system 7, windows defender did not really function as an antivirus, but as a supplement to the in-built antivirus. It was an in-built anti-malware system used to assist the installed antivirus in fighting and shielding against threats.
In windows 8 and windows 10, Windows defender was upgraded and repackaged as an antivirus program capable of standing alone to block malwares. It is now capable of shielding the system independently against known and unknown malware. This places the windows defender at par with Avast. Hence, they can comfortably be compared with each other.

The Windows defender is an in-built anti-malware system. It is embedded in the windows operating system. Hence, it is free and does not have the paid version.
On the other hand, Avast has both the free and the paid versions. Avast is not an in-,built system protection tool and the premium version of Avast has several functional features which are not available in the free version.

Windows defender is only an in-built tool offered free by Microsoft. It was embedded free to shield the system should in-case the user foes not have a functional antivirus software installed in the system. It is not really enriched with mouthwatering features since it was designed to function as a substitute. Nevertheless, it has many features that would support the system protection.
As expected, Avast is a third party a tivirus software. It has more sophisticated features than the windows defender. The paid version has many exciting features. In this section, our emphasis will be laid on the free version of the Avast software.

1. Virus and threat protection: With windows defender, users can scan the computer in diverse ways. Malwares can be detected and flushed from the system via the real scan protection, scheduled scanning or offline PC scanning.

Avast offers smart scanning, full system scanning and boot-time scanning. Avast allows the usage of other antiviruses alongside it. This is achieved via the passive mode.

Avast has the Wi-Fi inspector which shields the system against malware whenever the system is connected to the internet on the home network. The Wi-Fi is very proactive and it detects threats and malwares and notifies the user instantly.

On the other hand, Avast considers the online security of their host computers as Paramount. Avast has the email client protection feature. It protects and scrutinizes emails to detect spam and infectious files. This feature is also available in windows defender but it works only on Microsoft products i.e Microsoft outlook and not on other mail providers. Avast ensures that the private data and Vital information about their users are protected over the internet. Login details are secured via the password security and password manager feature which shields and saves the users against password and user details theft. This is very helpful for heavy online users.

3. The windows defender has the firewall and network protection feature. The firewall is a very efficient feature which offers maximum protection against malware over when surfing the internet. The smartscreen tool is another excellent feature offered by the windows defender. It detects harmful websites and also informs the users whenever an unsafe application is about to be installed on the computer. The lowdown on this smartscreen feature is that it does not work on other browsers apart from Microsoft Edge browser.

Avast has the rescue disc feature which helps in freeing up the system memory. This is achieved by removing junk and unnecessary files from the system. By doing this, the speed and the booting time of the computer is boosted. Avast stops phishing attacks via the Avast online security, a browser extension that can be added to any browser you wish to run on your operating system.

4. The windows defender offers the family and parental control feature which allows parents to control the websites that can be accesses by their children. Users can restrict visits to some websites and also set the browsing duration. On the windows defender, this feature is only available for window’s Microsoft edge browser.

As for Avast, the parental control feature is offered in a very unique way as it is available for use by all users and on all browsers.

Taking a critical look at the two softwares, we can conclude that Avast is ahead of windows defender. Avast offers more advanced features that can be used in several browsers while the functionalities of the windows defender is only limited to Microsoft owned software’s like Microsoft outlook, Microsoft office, etc and browser the Microsoft edge. Avast offers protection when surfing the internet with any browser and email clients.

Both windows defender and Avast detects malwares via the same method. They both use the signature matching technique to detect malwares.

They achieve this by comparing suspected threats with the database of known malwares. If they align, then they quickly snuff it out and vice versa.

Now let’s compare the performance of this two softwares. To achieve this, we shall consider results from AV-TEST’s lab test.