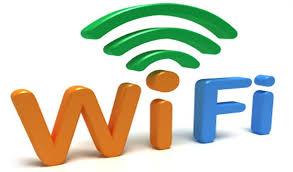 Do you know how portable wifi hotspot really works? Well, in this guide you will learn everything about portable Wifi. As a result of technological advancement, we have become conversant with the use of the internet. Some people are now using the internet for 24 hours in a day.

There are so many internet-based businesses and they all rely on the effectiveness of internet services. They have to use it whenever they need it even during vacations or at long distances from their homes. 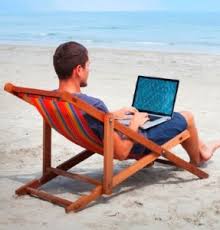 How much does it cost to use a portable WiFi hotspot? Meanwhile, the cost of using the internet becomes excessively high when they travel far away from home. The cost of data for roaming can be very frustrating hence the need for cheaper alternatives.

This is where the portable WiFi hotspot comes into play. It provides a cheap means for data anywhere. It is a palm-sized gadget that offers cheap data at affordable prices. Portable WiFi is quite easy to use.

The portable WiFi hotspot can easily be described as the internet box. It’s a small gadget that is used for broadcasting internet services to compatible devices around it. 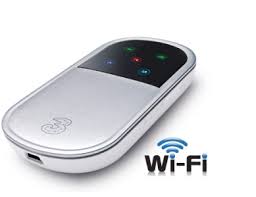 It is portable and can be used anywhere, at school, in the church, in the forest at long distances from home and anywhere you can think of. It offers a cheap internet. The portable WiFi hotspot does not have a wire or a router to connect with the phone rather, it has a Sim card port.

The worldwide data SIM, as well as the local data Sim, can be used and they always get the lowest rates of data.

The portable WiFi hotspot allows users to set their own private internet connection. This can be achieved anywhere in the world and up to 10 mobile devices such as mobile phones, laptops, iPads and tablets can be connected simultaneously.

Is the portable WiFi hotspot easy to use?

Affirmative! The portable WiFi hotspot is quite easy to use. When the device is charged, what is left is for the user to slot in the Sim card and then switch it on. Within seconds, the device will be ready for use and several devices can be connected simultaneously to make use of the internet service. 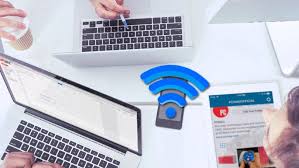 The Sim cards are specifically made for specified companies and they are usually locked. With this, Sim cards from other service providers cannot be used. This can make the cost of the internet to become relatively high especially when travelling to places far from home.

For this reason, some users prefer buying the multi Sim portable WiFi hotspot or the unlocked version which allows any sim to be used. With this, the user can simply make use of any Sim with cheap internet service in any country they are visiting.

The functionality of the portable WiFi hotspot.

One interesting thing about the portable WiFi hotspot is that they could maintain power for long hours after fully charged. Most of them could last for over 10 hours on standby.

The device standby time is dependent on the device. On average, the standby time is about 4 hours.
The standby battery time also depends on the volume of data used. They are directly proportional. If the power usage is heavy, then the battery will drain quickly and vice versa.

When and where can the portable WiFi hotspot be used?

The portable WiFi hotspot functions as an internet box for various mobile devices. It can be used anywhere to connect the devices to the internet. You can use it during vacation, in the car, etc to connect your devices and that of your friends and relatives to the internet.

The network is secured and easy. Most of the portable WiFi hotspots are small in size. They are lightweight and pocket-sized, hence users can make use of it anywhere.

How to use the mobile phone as Portable hotspot 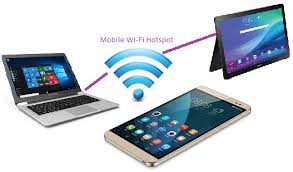 What are the major things to do in order to use the mobile phone as a portable hotspot device?

First, the phone should be subscribed to a data plan that gives room for the use of mobile hotspot. At this point, navigate to your phone settings, there you will find the hotspot/tethering option under the Network & internet settings.

You can then tap the hotspot option to set up the WiFi hotspot. Go ahead and set up your password and the hotspot name and save. The password is used to restrict the number of devices that connect to the WiFi.